WOMAN OF THE YEAR: Olympic champ Shelly-Ann Fraser-Pryce speaks on her soon-to-launch foundation 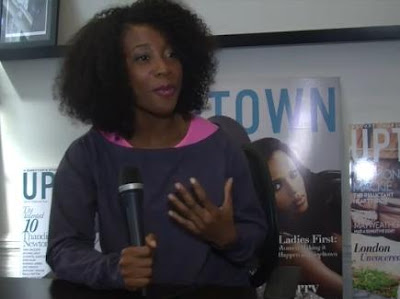 PASSION PROJECT: "To whom much is given, much is expected."

“It’s the hard work and sacrifices that brought me here,” says Shelly-Ann Fraser-Pryce, speaking with Black America’s Uptown Magazine recently, as she shared plans for her eponymous non-profit foundation, set to get off the ground later this year.

Fraser-Pryce joins a growing roster of elite Jamaican athletes (Asafa Powell, Yohan Blake, VCB, Usain Bolt), who have launched namesake foundations in a bid to give back to their roots and the country by extension. “We will be helping at least six kids from the inner-city by sending them to school from first form up to graduation,” she explains. “We will also be providing them with books, uniform, graduation stuff, whatever they need.”

To ensure that the beneficiaries also perform well academically, the Olympic champion has set certain criteria for them to meet. “They will have to participate in a sport, and also keep their grades up,” she says. “The foundation will also work closely with the schools’ guidance counsellors.”

As one can well imagine, paying it forward is something that comes naturally to Fraser-Pryce, who readily admits that she herself was once a struggling student in need of a helping hand. “I grew up poor, and I saw how some children didn’t have that person to stand up for them. So that’s where my passion comes from,” says the UNICEF ambassador. “To whom much is given, much is expected, and I feel like it’s a duty of mine to give back to society. God made a huge impact on my life, and I want to do the same for others. That’s why I am here.”