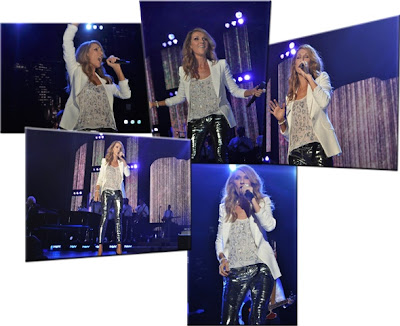 “There are many spin-off benefits from the [Jamaica Jazz & Blues] Festival,” observes head honcho Walter Elmore of TurnKey Productions in a recent Gleaner interview. “You have ground transportation, airline, food, and the hospitality industry. The economic benefits are enormous. Everyone has to eat, they have to buy gas, and so on.” Annually, various parts of the economy benefit in different ways. Last year’s mega-successful staging, headlined by Celine Dion, attracted some 30,000 patrons over the three nights (including an estimated 10,000 overseas guests).

As for this year’s line-up, jam-packed with heavyweights like John Legend and Mary J. Blige, Elmore is anticipating that the big names will draw big nightly audiences. “We have been doing this stuff for 17 years, and we have tried to present a package with artistes that are good and who Jamaicans love,” he explains, “acts whose music appeal to a broad cross-section of society, both local and international.” The festival runs from this Thursday, Jan. 24 to Sat. Jan. 26.

Each year, since the festival’s move to the Greenfield Stadium, just outside of Falmouth in Trelawny, the incredible traffic pileup has remained a huge concern. Following last year’s gigantic problems (which saw scores patrons stuck in lines leading to the venue for hours), Elmore indicated that a mandatory shuttle system would be considered for 2013, with the proposal that St. Ann’s Richmond Estate and the Dump-Up Beach in MoBay would be used as satellite parking sites from which patrons would be transported to the venue. But with that plan not coming to fruition, it turns out the nightmarish traffic management is set to remain in the hands of the police, who have their cut out for them. It remains to be seen if things will improve. We hope so.