POWER PLAYER: As serious as he is sanguine, George Howard proves he’s that rare stage talent 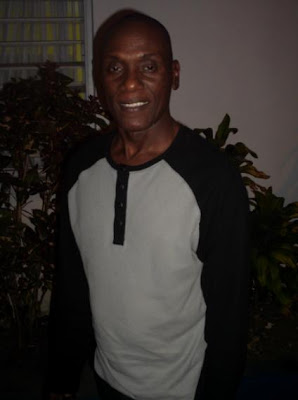 MADE IN THE SHADE: The actor discusses his new play and societal outlook. Below, with costars Maylynne Lowe and Rory Baugh.

“I consider myself an all-rounder, a multi-talented artist,” says Dangerous Ambitions star George Howard of how he views himself as a creative soul. Judging by his diverse bio, you’re tempted to agree. Not only is Howard an acclaimed actor with decades of experience under his belt, he’s also made a name for himself as a dancer/choreographer, educator, and fitness instructor.

At 53, he’s also a doting dad who could pass for a man approaching his late 30s. “The gym keeps me active and fit,” he confesses, “and as an actor you have to be very flexible because there are times when the job calls for so much concentration. So it really pushes you to work.”

In person and on stage, Howard exudes a palpable no-nonsense aura, but upon meeting him and once he starts talking about passionate subjects, he buzzes with a garrulous energy that suggests he also knows how to have a swell time. TALLAWAH catches up with theatre’s man of the moment:

TALLAWAH: Your latest production, the comedy-drama Dangerous Ambitions, deals heavily with the themes of politics and power. What’s your stance on the ever-changing dynamics of leadership and politics in Jamaica?
Howard: In leadership and politics, you have those who lead by example and you have those who lead just because they get the title to lead. It’s not like first time in Jamaica when people enter politics and become leaders, and do the work out of the goodness of them heart. You find that politics is now more about what you can get out of it. Jamaican politics back in the day used to be about what you can give back to your country, not what you can get out of it. True leadership is about being committed and understanding what is required of you.

In the play, your character is a scheming, charming baddie who specializes in results. What did you find that you had in common with Elder?

(Laughs). George loves people, and especially in the line of work that I do. I work with innercity students [in areas like Denham Town, Olympic Way] and mobilize them to participate in concerts for MultiCare. It’s something that I really enjoy doing. And as an individual, I always try to learn people’s names. That has become a part of me.

Your résumé depicts you as a man with his hands in several pies: choreographer, gym instructor, dancer, thespian, among others. How do you manage to wear so many hats?
I owe a lot to [the National] Pantomime, because I’d been involved with the Pantomime Company for more than 20 years, and I’ve also been dancing from school days. Doing things like being a gym instructor is what I was involved in before I got introduced to acting. So over the years, you learn how to use your time wisely, how to be here and there and still give everything a hundred percent.

Two years ago, with a starring role in Where Is My Father?, you officially made the leap from the Pantomime set-up to more commercial theatre. What was the transition like?
It took a while, because the Pantomime is more comedy and fantasy while these commercial shows deal more with real life, and are more on the dramatic side. So you find that it’s a whole different ball game, and it kind of took me a while to make the transition. But having people like Basil [Dawkins] and Douglas Prout and other actors around encourages you. And mi can tek telling because I’m that kind of person.

What would you say is your main goal in life these days?
My main goal in life right now is to get richer than how mi rich (Laughs). But what has always been a major goal of mine is to entertain people. I love to make people laugh. It’s just a part of my personality.

Posted by TALLAWAH Magazine (tallawahmagazine@gmail.com) at 1:18 am