A WOMAN IN FULL: 20 years later, Lisa Hanna still banks on that winning mix of poise and passion 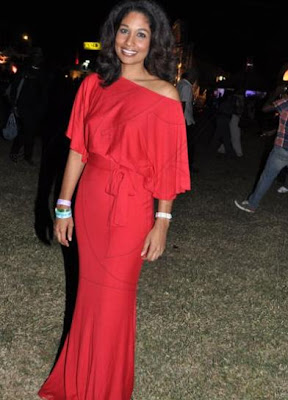 I’ve always felt that Lisa Hanna’s remarkable looks draw more attention than her considerable acumen and professional talents, especially since she made her entrance into the political sphere. But it’s the way she carries herself, with that ever-refreshing blend of poise, class, and a regal air that’s truly cemented her place in people’s affections.

Today, at age 37, Lisa Hanna is a woman in full, yet whenever she makes a public or televised appearance we can still see flickers of that radiant, refined 18-year-old who brought back the Miss World crown from Sun City, South Africa to our shores in 1993. And how has her life has evolved since the ’90s!

Over the course of the last two decades, Hanna has gotten married, gone through a divorce, birthed a son (who’s now 11), acted in How Stella Got Her Groove Back, hosted TV’s Our Voices, dabbled in PR and communications – and thrown her hat into the political ring with marvelous results, including the South-East St. Ann seat since 2007. But I especially admire how she’s managed to stay so grounded and optimistic while fearlessly tackling such challenging new roles as her hard-won portfolio as Jamaica’s youth and culture minister.

As I stated in this month’s editor’s letter, in spite of her obvious natural beauty, Hanna (a daughter of Retreat, St. Mary) possesses real grit and intellect in substantial equal measure, which could help to explain how she’s managed to hold fast to her sanity and scruples when so many in Parliament are rapidly losing theirs.

As it turns out, showing courage under fire is something Hanna has had to master along the way, coupled with the art of facing adversity head-on. “I don’t mind being graded, but certainly grade me on the objectives that I set out to achieve,” Hanna sternly told reporters earlier this year, standing her ground in the face of criticism about her performance after a year as a member of the Simpson-Miller cabinet. “And, if you look at the things that I have sent out, the things we set out to achieve, we have achieved them.”

Lisa Rene Hanna is at a defining juncture in her life and career, and it’s a given that she’ll be going through many more significant moments with time. She’s accustomed to being thrust under the microscope of public opinion and scrutiny, but is Hanna out to prove anything in this chapter or the next? Hardly. If nothing else, she strikes me as someone who’s more than prepared to let her work do the talking.