MERLENE OTTEY: The legendary sprint queen on her past, present and future 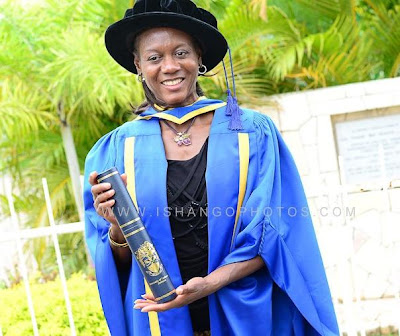 BORN TO RUN: "I think I’ll be on the track forever," shares Ottey.

When it comes to sheer stamina and career achievements, very few women in Caribbean sporting history match Merlene Ottey. On the cusp of turning 53, the sprint queen is still a force to be reckoned while picking up new accolades along the way, most recently an honorary doctorate from the University of Technology (UTech) during a rare visit to the island. The Slovenia-based Ottey also sat down with TV J’s Eye on Sports to discuss her life then and now.

On getting her start in track and field: "The reason I started running was because I was hoping to get a scholarship to study fashion in the United States. For me, it was a way to get out of poverty, and I thought that when I finish my four years, then after graduation I would go do art and leave running alone."

On her remarkable career accomplishments as a sprinter: "I feel good. I was very tough when I was like four, five years old. I remember eating things like tun cornmeal for dinner (Laughs), and running to school without shoes. I give God thanks... A medal is a medal, but I think what is written in history about you is more important than any medal. I’m proud that I was able to achieve what I did."

On being dubbed the ‘Bronze Queen’: "I am confident that I would have won gold, if we were all on the same level. But the field was not level. And they started calling me the Bronze Queen prematurely, after only three major championships. If you look at my medals now and total all that I have won, you’ll see that it’s not a bronze queen, but more of a balance. It’s a pretty good package."

On her favourite track event: "I’ve always loved the 200m… I became comfortable with [that event]. After I start a race I can accelerate after 30 metres and run a very good time. I got to love the 200m, and I trained for years to be good at it."

On her future in the sport that she still loves: "I think I’ll be on the track forever. I believe that God gave me this beautiful body and knowledge, and so I plan to keep working at it for as long as possible. I hope they allow me to compete with the men, because if it’s with the women then I’m not motivated to train as hard. So hopefully I can run with the 40+ Men."

Posted by TALLAWAH Magazine (tallawahmagazine@gmail.com) at 12:16 am