NOT EASILY BROKEN: One year later, Jody-Ann Gray focusing on family and raising her baby 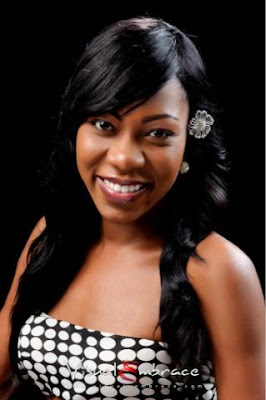 She’s been off of the local radar for nearly a year, owing to that near-fatal gun-attack nightmare she endured in early April of 2012 while seven months into her first pregnancy.

Given the circumstances, it comes as no surprise that for 29-year-old Jody-Ann Gray, a former KOOL FM on-air talent, a media career has taken a backseat for the time being to spending time with her baby girl and the loved ones who’ve rallied around her in the wake of the horrifying ordeal and subsequent surgeries – both local and overseas, where she is based at the moment.

The child was born in an overseas hospital last July. “She’s adjusting to her new life and being a single mother and getting things back on track,” a source close to Gray’s family tells TALLAWAH. “She wants to maintain as normal as life as possible for herself and the baby.” Does Gray plan on returning to work in the Jamaican media? “Work isn’t a major priority right now,” says the source, “She’s just really focussed on family and raising the baby.”

On a night last April, as Gray was about to leave her motorcar, arriving at her Cedar Grove Home in Portmore, she was pounced upon by a man who shot her once in the face and twice in the shoulder. She was hospitalized and spent several weeks after undergoing surgery to remove a bullet which had lodged in her throat.

The gun attack met with swift action by the police resulting in the arrest of three men, one of whom was Gray’s co-worker Wayne White, believed to be the father of the baby. White has since been charged with illegal possession of a firearm and ammunition and shooting with intent. White’s crony, Safari Farr, has also been charged with the same offenses. A third accomplice was also implicated. The three were held in a motorcar registered to White’s wife. The license plates were covered with cardboard, police say. A firearm was seized in the incident.