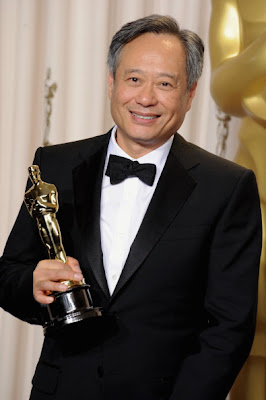 CLASSIC AND COOL: Ang Lee, winner of the Best Director award for Life of Pi, poses in the press room during the Oscars held at the Dolby Theatre on Sunday in Hollywood.

On a night full of surprises and sensational musical performances as the film world honoured the best movies and performances of the past year, the Iranian hostage drama Argo emerged the darling of the 85th Academy Awards on Sunday night in Hollywood, bagging three statuettes, including the highly coveted Best Picture, Adapted Screenplay, and Film Editing awards.

Below, take a look at the winners in all the 12 key categories:

To see the complete list of winners, visit Oscar.com.