ALBUM OF THE WEEK: Love is in control on Etana’s super-bright new album, Better Tomorrow 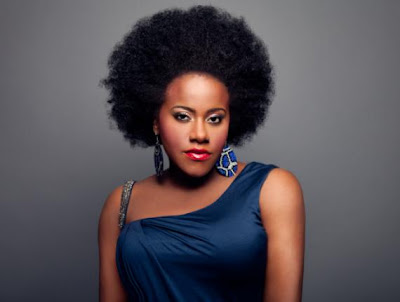 One needs look no further than the album’s telling and dazzlingly radiant cover image to grasp the idea that Etana succeeds in letting the sunshine in on her latest album, Better Tomorrow, a resonant, socially conscious record that reveals a creative soul at the top of her game and poised to deliver even greater things in this exciting new phase of her artistic journey.

Brimming with soulfulness and bursting with rays of light and infectious grooves, the new album (Etana’s third solo outing) positively captivates and empowers with its uplifting messages and sprightly, guitar-infused melodies. In short, it’s precisely the type of record that’s typical of Etana, who never fails to meet expectations while living up to the India.Arie and Jill Scott comparisons.

From the breezy delight of the title track (which kick-starts the festivities) to poignant cuts like “Smile” and “Be Alright”, these are tunes crafted to set the listener on a course that crescendos in a cathartic high. With grittier tracks like “Strongest,” she eloquently speaks to the daily hustle-and-bustle that comes with survival, even as she encourages her listeners to “make that sacrifice” with “fire in your eyes”. Such compelling imagery rank among the album’s consistent highlights.

The songbird proves she’s in the mood for love with the introspective gems “4 Play 2 Love,” “All I Need,” the old-school-sampling “Silly” and even the repeat-worthy hit “Reggae,” on which she lives the music to a Mr. Right.

Banking on evocative storytelling/songwriting and noteworthy all-live instrumentation, Etana manages to convey her truth without preaching or condescending. If nothing else, Better Tomorrow offers a first-hand glimpse into her serene state of mind and gives us the songs to accompany her on this harmonious path that seems headed for utopia. “I’m living my life in love, and I can’t ask for more,” Etana sings on the beautiful “Whole New World.” Turns out that’s one terrific way to make a first-rate album. Tyrone’s Verdict: A

>> DOWNLOAD: The sweetly seductive “Queen” and the breezy title track

Email ThisBlogThis!Share to TwitterShare to FacebookShare to Pinterest
Labels: Album of the Week, Etana, Music Reviews