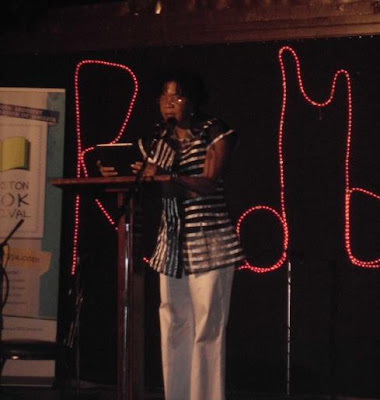 “Dancing ah Jamaica middle name,” the now-popular saying goes. But where exactly did so many of our local dance moves originate? Speaking at the Kingston Book Festival’s Book Jam on Saturday, ‘Culture Doctor’ Sonjah Stanley Niaah did a fantastic job of putting things into proper perspective, charting the evolution of Jamaican popular dance from as far back as the arrival of the slaves to the advent of Bogle, Jamaica’s unnamed dancehall king (who is now deceased), and beyond.

Offering musical selections to enrich the presentation, as well as quotations from her book Dancehall: From Slave Ship to Ghetto, Stanley Niaah put forward the argument that in dancehall, the art of dancing “takes on aspects of slavery” and “African movements” and has come such a long way as to boast a capacity for seriously influencing social change, gender behaviour, and popular culture. Not to mention what she calls “characteristic sociability in the dancehall space.”

In the end, one had to agree that Jamaican dance moves do bear names and derivations that tell fascinating stories (“Jerry Springer”, “Urkel”) and are stylized versions of everyday interactions (“Log On”, “Dutty Wine”). What’s more, our dance moves never fail to incite frenzied movement in (and outside) the dancehall space. Even amuse and lend some unifying force.

Dubbed “Wake the Town and Tell the People,” the book jam (hosted by the Red Bones Café) also featured spirited word/sound/song presentations from the likes of Christopher John Farley, Carolyn Cooper, and Nomaddz.