A FAMILY AFFAIR: Maya Angelou explores her complicated relationship with her mother 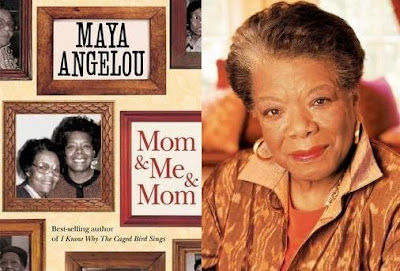 MOMMIE DEAREST: The author chronicles a deeply personal aspect of her life.

Maya Angelou’s extraordinary life has been chronicled in her bestselling autobiographies like I Know Why the Caged Bird Sings. Finally, though, the legendary author is opening up about the deepest personal story of her life: her relationship with her mother. For the first time, the celebrated author and poet reveals the triumphs and struggles of being the daughter of Vivian Baxter, an indomitable spirit but a presence absent during much of Angelou's early life.

As it happens, Baxter sent three-year-old Maya and her older brother away from their California home to live with their grandma in Arkansas when her marriage began to crumble. The ensuing feelings of abandonment stayed with Maya for years but their reunion, a decade later, began a story that she's now ready to share.

In Mom & Me & Mom (out April 2 from Random House), Angelou dramatizes her reconciliation with Baxter (whom she prefers to simply call “Lady”), revealing the profound moments that shifted the balance of love and respect between them. "It's the latest, and most potent, of her serial autobiographies...[a] tough-minded, tender-hearted addition to Angelou’s spectacular canon," notes Elle Magazine, while Essence calls it “mesmerizing...Angelou has a way with words that can still dazzle us." Per Publisher's Weekly, "the lessons and the love presented here will speak to those trying to make their way in the world." 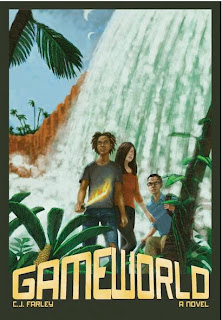 BRAWTA: The cover image of Christopher John Farley's buzzworthy fantasy-adventure novel, Game World, arriving in February 2014 via Akashic Books. "I was thinking it would be great to write a sort of fantasy novel for kids that draws on the myths and legends of the Caribbean," saya Farley, "things like duppies and rolling calfs and all the kinds of creatures that are in our mythology that we grew up with and that our grandparents told us stories about. So this is a book about that. Look out for it. It's gonna be terrific."