SHE'S THE BOSS: Cherine makes the leap to dancehall's most enigmatic leading lady 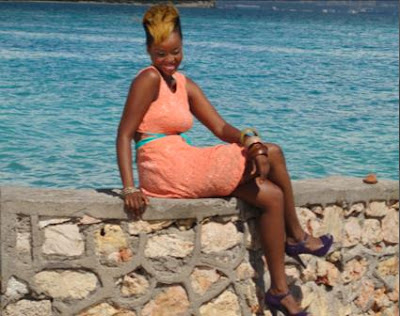 A SHORE THING: "I just feel so full, like I'm really doing it. There are no boundaries." (Below, with film-crew members from The African Channel.)

Lavishly gifted and more than a little chameleonic, the edgy singer-songwriter (who headlines this month's Western Consciousness) opens up about, among other things, her blueprint for greater triumphs, her new scholarship fund, and her happiness.

CHERINE is cooling her heels after co-headlining the recent 42-date RJR Cross Country Tour, which hit towns islandwide. Hectic? Yes. Fun? Absolutely. And Cherine is all about strengthening the bond she shares with her dancehall souldiers, as she affectionately calls them. "It was such a great experience!", she animatedly recalls.

Sure, she's been on the road with the incredible likes of John Mayer and Augustana across the length and breadth of the States, but there's nothing like performing for the home crowds and feeding off of that energy. That same energy that has helped catapult the powerhouse vocalist to the top ranks of the rarefied pantheon of Jamaica's female singer-songwriters who matter.

Empowerment, sexuality, conscious soulfulnes, it's all there in her dynamic sound. Yet with the recent script-flipping sensation that is "Haffi Come Back" she threw us an evolutionary curveball, reminding us of her chameleonic tendencies. "When we dropped the single, everything changed," she reminisces, calling from her base in Kingston. "The fans and the public in general are now seeing an edgier side of Cherine, but it's also about having fun with the music and empowering women to own their sexual identity."

The next few weeks will see Cherine dropping the long-awaited visual for her uplifting anthem "Eagles & Doves." She's also hard at work on that long-in-coming studio album. She's not in any rush, she tells me. After all, the aim is to create a classic. Something that could one day attain the status of The Miseducation of Lauryn Hill.

Indeed, crafting excellent new music remains her top priority, even as several of her industry contemporaries (Tami Chynn, Ce'Cile) make the transition into motherhood. "Oh, I'm not focused on that right now. My focus is just the music and promoting the singles, directing more videos," explains the songbird, who hails from a big family. "But when the time is right I will definitely make time for that." 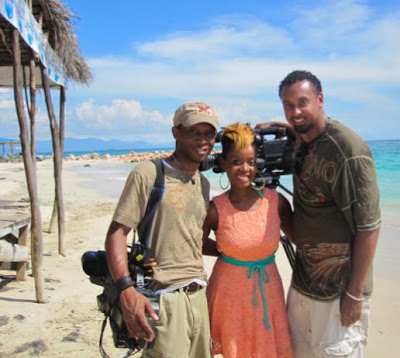 More power, she says, to the industry's fabulous women who are becoming mothers. "I think to each his own. Some people want different things at different points in their journey," says Cherine, who many will recall played Audrey Reid's bright-eyed daughter in 1995's Dancehall Queen. "Different things make different people happy, and I think life is a beautiful thing. So if they are at that point then more power to them. I'm all about supporting young people."

For the record, to this day Cherine refuses to reveal her age to the media. (But that's nothing a little background check can't clear up.) "I stopped counting my age at 16," she jokes. "I'm 16 forever." And she remains faithfully mum on her current relationship status. "I've never been one to comment on my personal life. That's a part of me that I choose not to share with my dancehall souldiers. You have to hold on to something."

Although she's reticent when it comes to the more personal things, Cherine buzzes with unbridled enthusiasm when dishing about what she hopes to accomplish next in her artistic career. "I want to be touring the world as Cherine with my band and deliver shows at venues like the massive Madison Square Garden. That's the level I want. And I'm really committed to that goal and that dream right now," she offers.

And that's only the tip of the iceberg. In addition to continuing her work with her own non-profit Reach One Child Jamaica, which allows her to connect with Jamaican kids, Cherine is also gearing up to launch a scholarship fund to benefit less-fortunate high-schoolers. "It's for 14 students across Jamaica, one from each parish. They'll each get the opportunity to have their full tuition paid or partial tuition paid," she explains.

It doesn't take much to make Cherine happy, given her deep and abiding passion for what she does and planning a future that's poised to take her to new and creatively exciting places, physical and otherwise. "I just feel so full, like I'm really doing it. There are no boundaries," she says. "I have creative freedom, and with the people around me, we're on the same page and our relationship has grown beautifully. I'm very aware of what it will take and what I have to do to get to that next level. I'm still just as passionate."

Posted by TALLAWAH Magazine (tallawahmagazine@gmail.com) at 12:01 am