SOUL TRAVELLER: Samuele Vivian paints his music with colours from far and wide 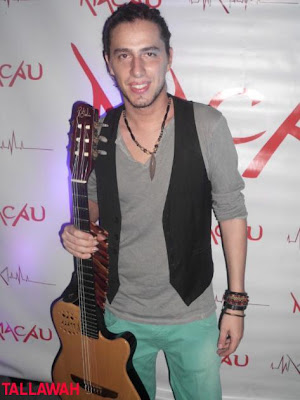 PLAY IT AGAIN: Vivian at the Macau Lounge. Below, taking centrestage.

Let's just get this out of the way: Samuele Vivian is handsome almost to the point of absurdity. But alas his cinematic good looks by no means outshine the beauty, magic, and sheer delight of the gorgeous, easy-listening sounds that are released from his guitar whenever he takes to the stage, as he did last Monday night as the headline act of Live & Revive at the Macau Gaming Lounge in Kingston.

Alternating between tender strumming and spiky riffs, the Italian-born musician's guitar-playing blended seamlessly with the atmosphere of the balmy evening, setting the right mood for lovers while thrilling the aficionados who came to be moved by the soothing, soul-stirring jazz.

As it turns out, Vivian might be Italian but he paints his music with vibrant, beautiful colours he has taken from everywhere. He's a travelling artist who lets his mind (and feet) wander to new and creatively exciting places. Come to think of it, did I neglect to mention that he's made Jamaica his permanent resting place for the past three years?

In 2010, Vivian arrived on the island to perform at the Jamaica Jazz & Blues Festival and instantly fell in love with the country. Totally understandable. He's been here ever since. "I've been living here for three years now," he tells TALLAWAH, his accent smoky and unmistakable. "It was totally a coincidence. I came here for some concerts and I never went back." 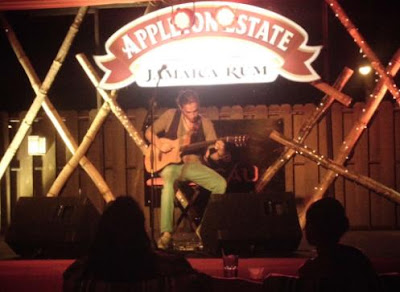 Outside of Italy, Vivian says, he's also spent time in such European locales as Croatia (one year) and Austria (five years). But it is Jamaica that has undoubtedly cemented its place in his affections. "I just love the climate and the people," says the 28-year-old who also proved quite the find for the Edna Manley College's music department, where he now teaches modern guitar. "And I love the more natural parts like Portland and MoBay. I go back home every summer, but 'm hoping to be here as long as possible."

It's no surprise that Bob Marley ranks high among his favourite musicians ("I love the organicity of his music"), and given that he's now surrounded by roots-reggae influences, his upcoming sophomore album promises to reflect all those great sounds and more. "It's called Aurora, and the vibe is more mediterranean music with influences from New York to Kingston," says Vivian, who released the 10-track debut Mediterranea in 2008. "I'm really excited about it because I'm exploring a lot of different things on the album, but it definitely will have a lot of reggae."