THE NEW GIRL: As one of theatre's freshest faces, Shanique Brown shines 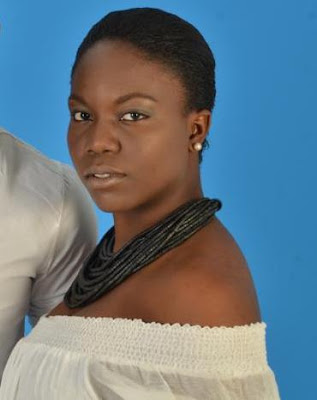 FACE VALUE: "I hope to bring realness and freshness to theatre."

Starring as the heroine Oya in Tarell McCraney's In The Red and Brown Water (returning to the Pantry next weekend), Shanique Brown brings to life an extraordinarily gifted young woman caught between two handsome men pining for her affection.

But, as Brown makes abundantly clear, that's the closest she's ever come to being involved in any form of scandalous love-triangle in her personal life. "That's never happened to me before. Not at all," she tells TALLAWAH, laughing. "I approach relationships cautiously. Very, very cautiously. I'm very selective of the persons that I allow close to me. It has to do with the personalities because I always try to stay out of trouble."

These days, as one of Jamaica's on-the-rise female thespians, Brown is having no trouble demonstrating that she's an actress possessed of intelligence, admirable range and emotional generosity. As the conflicted Oya, Brown simply shines. "It has been my most challenging role to date," confesses the Kingston native, who previously appeared in 2011's Hairpeace, "because she's younger than me and I'm used to playing women who are much older than myself or somewhat closer to my age."

Speaking of age, the Ardenne High alum turns 21 this Saturday. But from as far back as she can remember, she knew she wanted a life on the stage. "I've always loved acting and the performing arts," she says. "Ardenne basically set the stage for me. It's through Ardenne and Suzanne Beadle that I met (director) Fabian Thomas."

As for her daily life, Brown is currently enrolled as a second-year Literatures in English major at UWI Mona, but is eyeing a switch to Entertainment Management or a transfer to the School of Drama at the Edna Manley College. And when it comes to her future and her ambition to help change the industry, Brown is certain of what she's bringing to Jamaica's theatre landscape. "I hope to bring realness and freshess," she says, "and learn as much as I can from the people I look up to, like Nadean Rawlins."