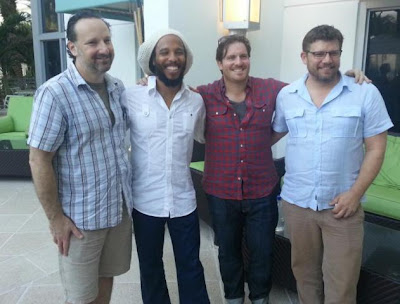 Five-time Grammy winner Ziggy Marley continues to make his mark in the music world with his latest CD, Ziggy Marley in Concert. He has also branched out as a film producer with acclaimed, BAFTA-nominated Marley, and is also an author of children’s books. Now, the multihyphenate star has added health-food advocate and entrepreneur to his ever-expanding list of credits with his very own Ziggy Marley Organics, which includes a line of Coco’Mon oils, unveiled recently at the South Beach Wine and Food Festival in Miami. 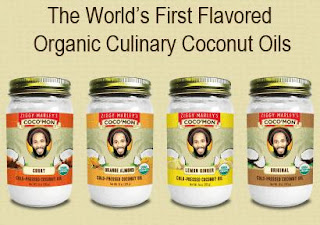 Importantly, Ziggy emphasizes, his products are non-genetically modified. “That’s something very important to me using the products, as always, to talk about GMOs,” he says, “and I think that people should have a right to know if any of the food they are buying in the supermarket has been genetically modified.”

Not only are the products pleasing to the taste buds, they are also seriously healthful. “Anything you can do with coconut, you can do with this. If you want to put on your skin it’s fine – cooking, anything you want to do. The hemp seeds are roasted. They don't have THC in them. They can’t make you high, but they will make you feel good,” Ziggy says. “One of my favourites is called Caribbean Crunch. It’s very nice, and it’s very crunchy – and it’s good for you. Everything good, you know?” To order the products, visit ziggymarleyorganics.com.

Posted by TALLAWAH Magazine (tallawahmagazine@gmail.com) at 11:32 am