ALBUM OF THE WEEK: Fantasia proves her staying power on hit-packed new record 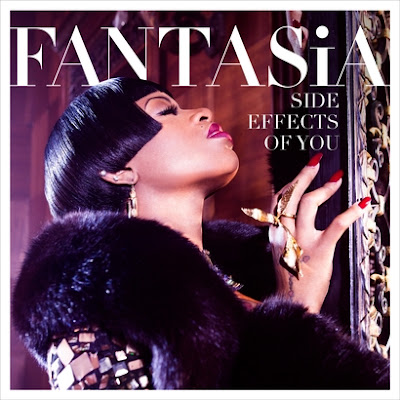 THE RIGHT NOTE: The singer's latest is both richly melodic and memorable.

Given her rocky last relationship, which became a tabloid and gossip magnet, it comes as no surprise that a post-breakup analysis (read: a bit of man-bashing) informs Fantasia's latest record, Side Effects of You, which offers songs that vividly explore hurt and healing, love and letting go, joy and pain.

Fortunately, she's assembled a terrific team of songwriters and producers, like the ubertalented Harmony Samuels, who craft splendid tracks that do justice to the singer's consistently sharp, throaty vocals. The result is a solid fourth studio album from the former American Idol winner, who snagged a 2011 Grammy win for the soulful R&B hit "Bittersweet," off her last album Back To Me.

Here, similarly poignant hits emerge, led by the melodiously philosophical first single "Lose To Win" on which she laments a troubled romance. But on the captivating "Supernatural Love," she joyously speaks to the type of relationship where the force of powerful love makes you feel like you can move mountains. "To The Heavens," meanwhile, is a groovy salute to musical greats (MJ, Whitney, Hendrix, Marley) who are no longer with us. And she cuts loose on the uptempo funky-soul sizzler "Get It Right".

As the listener quickly discovers, Side Effects of You is a carefully crafted, hit-laden album. While several of her R&B contemporaries (Keyshia Cole, Jazmine Sullivan) have seen their stars enter the fading zone in recent times, the 28-year-old Fantasia is aptly demonstrating chameleonic prowess and staying power.

Among the other highlights on the 13-track disc are the brilliant, Emeli Sande-penned title track and "Without Me," a radio-ready smash with guest appearances by Missy Elliott and Kelly Rowland. Best of all, though, are the simply memorable cuts "End of Me" and "In Deep," which bring the album to a wonderful close. Tyrone's Verdict: B+

DOWNLOAD: The rock-soul jam "So Much To Prove" and the self-empowerment anthem "Lighthouse"

Posted by TALLAWAH Magazine (tallawahmagazine@gmail.com) at 11:48 am

Email ThisBlogThis!Share to TwitterShare to FacebookShare to Pinterest
Labels: Album of the Week, Fantasia, Music Reviews