ALBUM OF THE WEEK: Josh Groban's vocal brilliance dazzles on All That Echoes 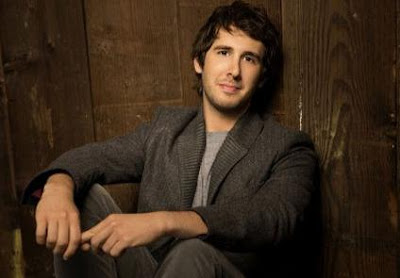 COOL AND CLASSIC: The singer's latest is a mix of moods and melodies.

A new Josh Groban album is greeted with unbridled glee by his legion of camp followers, mostly middle-aged women who simply can't get enough of his lush tenor, winning smile, and cool cinematic looks. It's quite an appealing package.

The very same can be said of his new album, All That Echoes, an ethereal, moody 12-track set that highlights his signature blend of classical pop tunes, as well as his penchant for gloriously interpreting classics and standards.

To say the new release is another triumphant accomplishment for Groban (the man who gave us the blockbuster smash "You Raise Me Up") would be grossly understating things. The album is simply excellent. Personally, I utterly enjoy such tracks as "False Alarms," a repeat-worthy delight, and the singer's memorable take on the Oscar-winning tune "Falling Slowly" from Once.

Among the other noteworthy offerings are a sprightly rendition of the Irish traditional "She Moves Through the Fair"; the moderately upbeat ditty "Happy in my Heartache"; and the delicate, piano-driven "Hollow Talk." Tyrone's Verdict: A-

DOWNLOAD: The temperate lunar salute "The Moon is a Harsh Mistress."