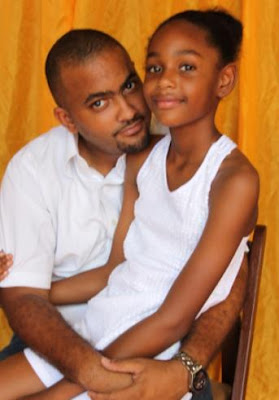 "I am not yet a father, but I feel like I'm experiencing it through this play," confesses David Tulloch in reference to his sizeable role in Paternal Instinct, which represents his keenly-awaited return to acting after several years spent running things behind the scenes.

"Truth be told, acting is my first love," says Tulloch, who many will recall was among the original cast members of the Basil Dawkins classic A Gift For Mom, among other such other hits as MoBay Vibez and 2010's White Witch. "I haven't done [any acting] in a long time because of all the directing I've been doing. As you can tell, most of the times I end up directing my productions."

Still, the 30-something star says, a centrestage comeback was always in the cards for him. "I know I wanted to return to the stage with a play that would let me deliver something truly powerful."

By all accounts, Paternal Instinct, a family drama which follows a pair of passionate lovers trying to make it work, is The One. "I am a sucker for good dramas," says the writer-actor, who is costarring alongside Stephanie Hazle and Keisha Patterson. "Over the years, I have gone into other genres with my writing, but I do love a good drama."

Meantime, the new production (debuting this weekend at New Kingston's Pantry Playhouse) has allowed Tulloch to reunite creatively with longtime collaborator and "parrie" Douglas Prout. "I really appreciate the intensity he has brought to the show," he says. "It's also a bit fun being directed by another director for a change."

Echoing a sentiment proferred by costar Lisa Williams earlier this month, Tulloch is advising prospective audience members to brace for a deeply emotional evening at the theatre. "We tackle some really tough issues with this show, especially in the second act," he notes. "People have been shedding tears in the rehearsals."