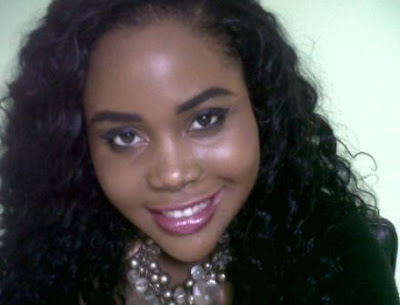 THAT FACE: "For me, it's not about popularity, it's about purpose."

"I understand my calling clearly, and it is to entertain and uplift," says a beaming Lady Rennae, sitting across from me on a cozy sofa inside RJR's spacious Lyndhurst Road offices on a super-sunny Wednesday afternoon. "My goal is to uplift people's spirits and I'm realizing more and more that it's via entertainment. So I don't have any time to waste. Everything I do is purposeful."

By all appearances, the vivacious radio and television star (nee Rennae Garel) is staying true to that calling by launching buzzworthy and humorous new endeavours that have folks cracking up and, simultaneously, showing her in a whole new light. Call it the entrepreneurial glow. Among those endeavours are last season's groundbreaking Mek Wi Laugh radio show, which aired on FAME FM, and the recently debuted Lady Rennae's Mek Wi Laugh Tuesdays, a live comedy show that has seen her partnering with the folks at Pulse.

"The performing arts has been a part of me for as long as I can remember, being the class clown, and it has led to me using various platforms to showcase my talents," explains Garel, whose impressive résumé lists stints with Little People, Cathy Levy Players and gold medal wins in the JCDC National Festival of the Arts as a past student of St. Andrew's High.

But back to the stand-up comedy show. In less than three weeks, Lady Rennae's brainchild has been drawing huge turnouts to the Trafalgar Road venue. More than anything else, people seem enticed by the curious mix of a sweet admission cost ($800), first-class comedians (Blakka Ellis, Volier Johnson), and the bonus of a delectable meal (food galore). "Everybody is doing comedy, so I said to myself, 'Let me do it differently. So I came up with the idea of mixing comedy and food: a bellyful of laughs and a bellyful of food," she explains. "I wanted to create an environment where people can laugh and laugh on a budget." Mission accomplished.

Like a mother proud of her baby's first few steps, Lady Rennae says she is supremely pleased with the results thus far. "My heart is smiling. Since it started, people have been turning out in droves," says the 27-year-old UWI Mona alumna. "It's top-rated comedians and food that you can return for with your plate. Delectable cuisine. It's been a resounding success, and I'm pretty, pretty happy." 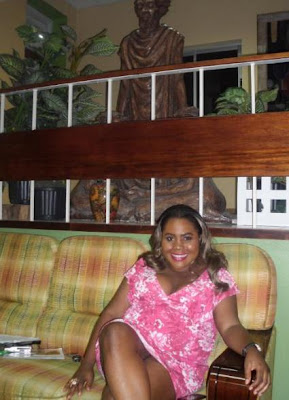 Given her fabulous trajectory, which has seen her moving from a three-year breakout stint at Roots FM (at only 18 years old) to working as a v-jay on RE TV to her current six-year reign at FAME FM, it seems tackling big challenges and doing things with a sprightly twist was always in the cards for Lady Rennae. As she tells it, that's precisely the driving force behind her four-year-old entertainment/production company Yaad Corporations. "The mantra is entertainment with a difference," she tells me. "So everything that I'm doing is either remixed off something done before or something completely never seen or done before. That's my objective and that's what I'll always be doing."

Up next? Lady Rennae's Mek Wi Laugh cartoon, a sort of animated version of Saturday Night Live mixed with a little Mad TV, set to bring the funny to TV J starting in the final quarter of this year. The pilot is already in the can. "You nah joke, man," I tease her. "No, I joke but I don't joke," she quips sharply in response.

With her rapid-fire speech and endless reserves of spark and energy, it isn't hard to see that Lady Rennae is not only excited but passionate, too, about her life and the various projects she's taking on. "For me, it's not about popularity, it's about purpose. I have a lot of projects in the pipeline, and every few seconds I come up with a new idea. So I have to commit and decide what makes sense and what to save for later," says the media darling, who enjoys a good suspense thriller.

As for her personal life, she reveals, "I'm happy. I'm enveloped in the love of family. I bask in it." Is there a significant other in the picture? "I'm unavailable," she confesses, laughing. What keeps her so motivated? "I've stripped away expectations of people, and I've fine-tuned voice of self. So what other people think and expect has no bearing on my movement," she says. "I'm not a moment, I'm a movement. Truly, I'm a movement, and I'm very clear as to what I want and how it's gonna be done."