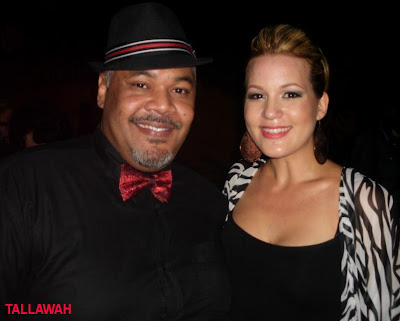 Breaking news: Pop-dancehall diva Tami Chynn could have a rather illustrious post-music career in stand-up comedy. On Saturday night, the very pregnant star had the Red Bones crowd in stitches during her headlining concert. Memorable for several reasons, not least of which were in the impeccable song selections as well as the wit and consistently funny jokes. "I've always wanted to perform pregnant," Tami said before adding, "Mi know some ah unoo just come fi see di belly."

Performance-wise, the concert was a divine fusion of reggae, pop and R&B, offering a terrific batch of original tunes and cover versions that at once reveals Tami's refined and eclectic tastes in music. And I simply must make mention of how energetic she is on stage for a working girl well into her first pregnancy.

With her competent backing band and pair of up-to-the-job background singers in tow, the singer was in delightful form with new treatments of "Frozen" (remixed with "Time after Time"). The soothing "Can You Feel Me?", which she says was co-written with sister Tessanne by the river-side was another standout. So, too, a rendition of Bruno Mars' "Locked Out of Heaven" which showed off Tami's elastic vocals. The audience shared Tami's love of Corinne Bailey Rae's "Just Like A Star" crossed with a bit of Damian Marley's "There For You" and sang along when she launched into the No Doubt smash "Underneath It All." 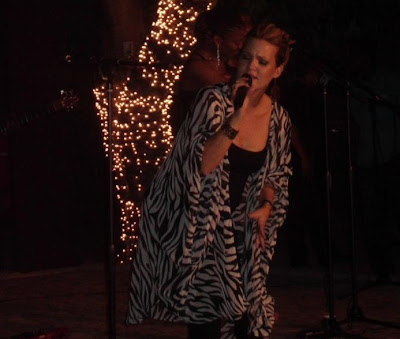 "There are a million songs I wish I wrote," confessed Tami. And apparently that lengthy list includes the Rihanna-Mike Ekko duet "Stay," poignantly performed alongside longtime friend and industry colleague Michael Sean Harris.

Of course, Tami's own tunes got ample shine, particularly the ever-sexy "Hyperventilatin"; the timeless classic-in-the-making "You and Me" (which soared despite Tessanne's unavoidable absence); the relatively new Sean Paul collab "Sycamore Tree"; and the brassy-sassy rude girl anthem "Neva Know".

Throughout the entire hour-and-a-half set (with a 10-minute intermission), Tami's bruising sense of self-deprecating humour and knack for cracking wise-and-funny shone through. When she wasn't picking on her musicians, hubby Wayne Marshall (who flew in just for the concert) was consistently singled out as target practice. "Him 'fraid ah me ih nuh," offered Tami, who celebrates her 29th birthday in June.

Hopefully the next time we hear the phrase Tami Chynn Live, we'll be taking our front-row seats to witness a complete routine from this budding queen of comedy.