THE SWING OF THINGS: Tulloch heats up the stage with sexy, scandalous Risqué 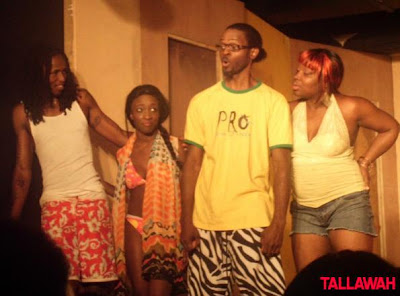 FEEL THE HEAT: The four play mates get to know each other better.

Set at a breezy beachfront villa in Negril, the play follows Howard (Curley Roberts) and Lacey Reese (Stacy Blake), an uptight recently-wed couple from Ironshore looking to spice things up in their lousy marriage, even if only for the weekend. While at the villa, they encounter Mack (Marlon Brown) and Diamond (Alexia Stewart), a hypersexed couple that is the total antithesis of Howard (a timid businessman) and the bratty, condescending Lacey. Nasarah Kerr rounds out the cast as Kim, the hotel's busybody receptionist. 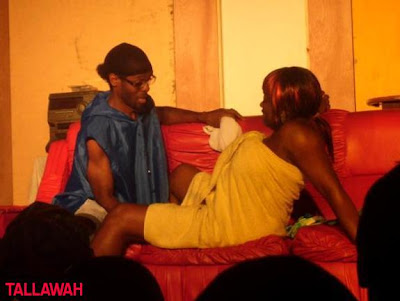 As writer and director, Tulloch is a young veteran at pushing the moral boundaries in the theatre, and here he is up to his old tricks yet again, while proving he's got a firm grasp of his daring subject matters. He does quite a skilful job of keeping the pot from boiling over, even when things get a bit too hot to handle.

The actors are no great thespians, so the characterizations are overwhelmingly superficial. Still, they do enough to convince and win over the sizeable audience, which simply lapped up the freaky-deeky offerings.