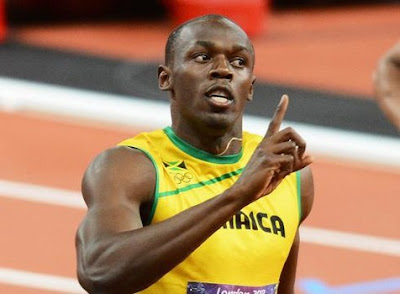 Although he was looking forward to delighting home fans at the Jamaica International Invitational inside the National Stadium this weekend, the World's Fastest Man has announced his withdrawal from the meet. Bolt, who was set to run the 200M, picked up a slight hamstring strain while training last weekend. Following consultation with Coach Glen Mills, the six-time Olympic gold-medallist decided to sit this one out.

“I am disappointed to miss the Kingston meet, as I love running in front of my home crowd in Jamaica," said the 26-year-old superstar in a statement. "I’m told it is only a Grade 1 strain so hopefully I will be OK soon.” Bolt further states that he hopes to recover in time to race in the Cayman Invitational on May 8, but the sprinter says he will make a final decision closer to the time.

Jamaican compatriots Asafa Powell and Yohan Blake have also withdrawn from the meet, while the American Tyson Gay on Tuesday confirmed his appearance. Meantime, in addition to Cayman, Bolt's upcoming itinerary has him scheduled to compete in Rome (June 6), Ostrava (June 27), and Paris (July 6), ahead of the keenly anticipated Aug 10-18 Moscow World Championships.