A LIFE ARTISTIC: Damion Radcliffe sounds off on his passion for storytelling, the great outdoors, and his future kids SPOTLIGHT: "I do know that I want to be somebody of value and worth," Radcliffe says of his future. Below, with Mellisa Halliman and Sabrena McDonald at the 2011 ABAs.

Even miles away talking via telephone, Damion Radcliffe's kinetic energy surges through the connection. He sounds like a man on a mission, determined to make creative magic with his Independent Actors' Movement family, who are getting set to premiere their latest offering, Anancy Chaptaz: Winners' Circle (the third in a series that has garnered wide acclaim and an Actor Boy award) at the end of this month. The multi-talented director rang up TALLAWAH to dish about the show, his favourite pastimes, and what the future holds for him.

TALLAWAH: What's the core appeal of Anancy Chaptaz: Winners' Circle, and what aspect of the show are you most looking forward to?
Radcliffe: Well, the core appeal of the production is the story itself. For me, it is always appealing to tell stories, so to tell an Anancy story and make it fun and interactive for the audience is another appeal. It is also important that the cast enjoys it, too, because once the cast is enjoying it, then the audience is going to enjoy it as well. 98 percent of the cast is young people, and that in itself is significant. And I'm really looking forward to see how it all comes together.

Were you a big Anancy fan growing up?
Yeah, from Anancy all the way through to Big Boy. (Laughs). Growing up, I loved to tell stories and the Tallawah [drama] competition at UWI really restored that love for me. One year I won the award for Best Male Storyteller, so I basically fell back in love with it. 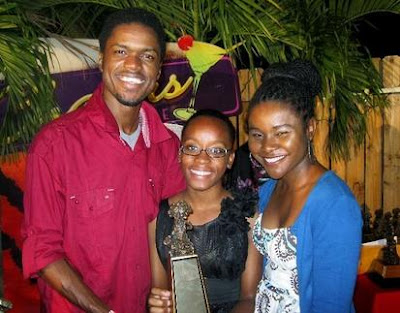 The Independent Actors' Movement (IAM) is turning 10 this year. What can we expect from the group going forward?
More visibility, definitely. We'll be rolling out more of the projects that we had intended to do but never got a chance to. Also, we'll be continuing recent ventures like the Rhyme and Lyme at the Grogge Shop [Devon House], which is on every last Monday. We also hope to start showcasing more faces from within the group, so that the strengths of the other members will start coming out. So it's about exposing more talents and doing more of what we've always wanted to do. Personally, I want to do more of my children's and family theatre productions.

So outside of theatre and the arts, what are you most interested in?
Going to the river. I love the outdoors. I love camping and track-and-field. One of the biggest disappointments for me while going to [the] Edna Manley [College] was the absence of a track. I really love to run. (Laughs). I run up and down where I live.

Ten years from now, where do you see yourself? What does the future hold for Damion?
Lots of children. My own children, not just my nieces and nephews. I don't usually think that far ahead, but I do know that I want to be somebody of value and worth. I take it in stages. But I'll definitely be more of a family man. And I want to direct some films, maybe become the Jamaican Spike Lee, and make my mom proud. I'm a momma's boy (Laughs).