ALBUM OF THE WEEK: Megan Hilty delivers on her dreamy debut disc, It Happens All The Time 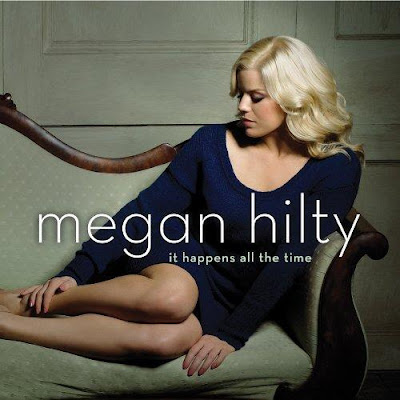 REST ASSURED: The singer-actress offers tunes of heartache and hope.

Showcasing her enormous natural talent for imbuing showtunes with poise and passion, not to mention her awesomely lush vocal range, Megan Hilty's debut solo album, It Happens All The Time, is a delightful treat, full of touching renditions of covers and original tunes. Any mention of the highlights here must include the fabulous title track (which opens the album), wonderfully written (by Glen Ballard) and beautifully belted.

From start to finish, it's simply a dreamy 10-track record from the singer-actress (and star of TV's Smash), replete with vivid, palpable atmospherics and sugary-sweet melodies. Then there's that combination of heartache, yearning and regret, classic themes for any tortured musical soul.

She gives him his walking papers on the spare breakup ballad "Be A Man", while the moving-on anthem "Walk Away" excellently affirms courage and resolve and self-worth.

The remainder of the album brings a lullaby-esque take on Taylor Swift's Grammy-winning gem "Safe and Sound" and the powerfully gripping "Dare You To Move." Also appearing: the delightfully upbeat and optimistic "Hopin," which merits repeated listens, and a tender version of Damien Rice's "The Blower's Daughter," made popular by that superlative Mike Nichols film, Closer. Tyrone's Verdict: B+

DOWNLOAD: "It Happens All The Time," a memorable jewel of a title track.

Posted by TALLAWAH Magazine (tallawahmagazine@gmail.com) at 10:15 am