GIRL ON THE GO: Danielle Isaacs talks body image, her brand-new album, and being a work-in-progress 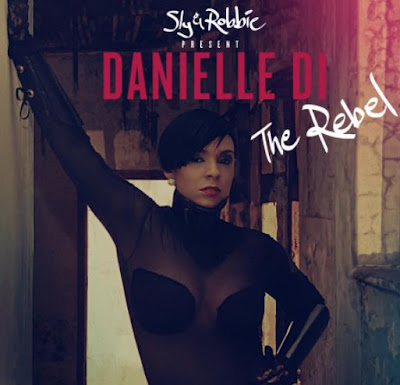 HIGH POINT: The cover art for the star's upcoming release.

Danielle "DI" Isaacs has been toiling in the musical trenches for quite some time, and her efforts are starting to bear succulent fruit, chiefly through her professional and creative association with Sly & Robbie. The Grammy-winning hitmaking duo worked their brand of studio magic in crafting tracks for Isaac's new 8-track disc, the aptly titled The Rebel, due out June 11.

But, as she tells it, the dancehall vixen (equal parts spice and sugar), remains a work-in-progress determined to attain international superstardom as a result of genuine hard work and talent. And with a busy summer ahead, she won't be disappearing anytime soon. For one, she has a date with Reggae Sumfest's Dancehall Night crowd, vowing to render a performance fit for the record books. In the meantime, she gives us a glimpse into her multifaceted life:

TALLAWAH: When did you realize that you wanted to work with Sly & Robbie and how did the relationship come about?
Isaacs: It just happened organically. I first worked with them when I did "Brown Girl in the Ring" and the relationship grew from there. But I'd been in and out with them after a couple years. Now I feel like we've officially started the journey, and it's been good.

How have folks been responding to your new music, especially with the new album, The Rebel, about to drop?
Wow, it's been really positive, because it's like we finally got to do some really serious work to show people what I am capable of. It's an introductory EP-type album that we want to market well so that people will get to know Danielle better. My career is about to get major. The feedback on the new songs has been a positive vibe. "My Man" has been getting great reviews. From the media to the people in the streets, people are feeling the new stuff. The album is gonna show my versatility and growth, and I have people like Shabba Ranks and Gramps Morgan on it, so you know it's serious business.

Do you have a favourite cut on the album?
No, they are all my babies. As a recording artiste, it's like you have a new child every week. So I love all of them equally. And I want to big up my team and the songwriters because team work makes the dream work. Everybody plays their part.

What's your philosophy when it comes to body image?
In terms of how I present myself to the public, image is everything. So as an artiste, you aim to please, but you have to love and respect yourself first. We see the people out there who are creating history, and they are the ones we use as a mark to determine where to take the career. I've also been working out a lot, trying to lose some pounds because summer is coming up, and [Reggae] Sumfest is coming up. And I'm planning to give a really sexy and sophisticated performance. (Laughs).

Do you have a beauty secret?
I just keep it natural. I was born with it. (Laughs). My mother is a very pretty girl. So I don't do anything out of the ordinary. Just exercise.

Will you ever get married?
Oh, definitely. And I want to have lots of babies. But I am nowhere near ready right now. Right now I'm single and focussed on the music and working on more of what I need to do because we are all works-in-progress. And I am always trying to improve.