LEADING BY EXAMPLE: Shelly-Ann Fraser-Pryce on her new non-profit, enjoying married life, and why less is more 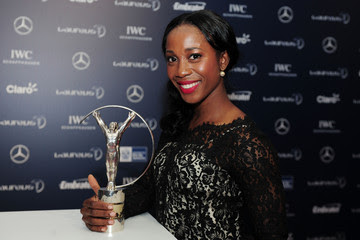 BUILT FOR SPEED: "I want to give Jamaican student athletes an opportunity."

Fresh from launching her Pocket Rocket Foundation, Shelly-Ann Fraser-Pryce is presently in China to compete at the Shanghai Diamond League meet. Making a return to the land of the Beijing Olympics, where she was anointed a golden girl, excites the Jamaican sprint queen. "I'm feeling pretty good. I'm looking forward to running the 100 [metres] and to just execute a really good race. And it's my first 100M of the season," says the diminutive sprint star, speaking with TALLAWAH at the Terra Nova Hotel on Tuesday. "For me, right now it's execution -- putting everything together so that when the time comes for me to unleash, I will."

As one can well imagine, changing lives through her new non-profit is paramount for Fraser-Pryce. "It was important for me [to do this] because I am the product of a lot of support. A lot of persons stood by me when I was in Waterhouse, and they helped me to make it through," she explains. "So I want to give Jamaican student athletes the opportunity to make sure that they can combine athletics as well as the classroom academics and still make it. I know It's difficult, but that's why we're here, to provide them with the support to ensure that they are given a chance like how I was given a chance."

I also asked her for the secret behind her consistently articulate delivery in interviews. "For me, as an athlete and also as a Christian, I believe in speaking from the heart," she confesses. "If you speak from the heart, you can never go wrong." Her romance with husband, Jason Pryce, gets sweeter with time. "Married life is good. My husband is my everything, my support," she says. "I met him before the Olympics, and the journey has been one that I really appreciate, because he's there when I need him, and I just look forward to spending many more years with him."

As for her dewy complexion, she admits to sticking to a minimalist approach to beauty. "Less is more. When I'm going out I'll put on the makeup, if it's a function," she dishes. "And I know a lot of people believe you have to have on makeup to look good, but on a normal day for me, it's t-shirt, jeans, and I'm on the go. But when it's a special occasion, I'll go all out."