LIVE AND REVIVE Finale: Time to party with the A-list musicians! 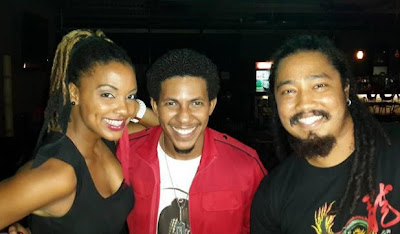 PARTY OVER HERE: Regina Beavers, Evon, and Kyle Chin clearly had a blast.

An army of übertalented musicians took over the Macau Gaming Lounge on Monday night, as the curtains came down on the inaugural season of the Live & Revive concert series, which seriously grew in popularity over the course of its 10-week run.

Among the stars who stole the show Monday night were series performers who readily agreed to make reprise appearances. That includes the likes of reggae-soul crooner Mario Evon, songstress Stephanie, and virtuosic musician Samuele Vivian, as well as a handful of surprise guest performers, who all brought their A-game to the sonically splendid party.

"Thank you all for coming out last night," the organizers later wrote on Facebook. "The final night of Live and Revive was a great success."

In the meantime, look out for highlights from the grand finale in an upcoming issue of TALLAWAH.