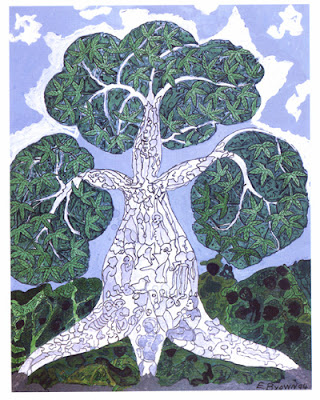 On Sunday, April 28, the National Gallery of Jamaica officially unveiled its Naural Histories exhibit (Explorations I). Boasting several pieces from the 2012 National Biennial, the exhibition offers a vivid and endlessly intriguing portal through which to explore and discuss nature, society and indeed art, and build discourses with the very artists in question.

Given the show's telling title, the selected works place strong emphasis on the wonders of nature, blending the artistic with academic and scientific approaches.

According to the gallery, Natural Histories (being curated by O'Neil Lawrence and Nicole Smythe-Johnson) is the first in a planned series of exhibitions dubbed Explorations. "We worked real hard to enhance the museum experience," said Smythe-Johnson while introducing the exhibition, which was born out of the recently closed Biennial. “We want [viewers] to look at the works, think about the works, and start conversations." 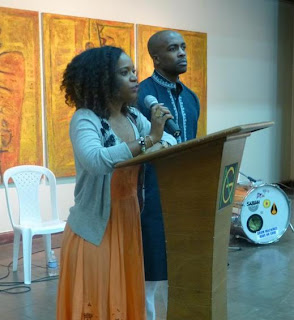 Among the dozens of artists whose pieces are on view are the likes of Mallica 'Kapo' Reynolds, Everald Brown, Harry Johnson, Colin Garland, Ebony Patterson and Jasmine Thomas Girvan, whose award-winning Dreaming Backwards ranks among the highlights.

Natural Histories (Explorations I) is on view at the National Gallery, Downtown Kingston, through June 30.

Posted by TALLAWAH Magazine (tallawahmagazine@gmail.com) at 11:30 am