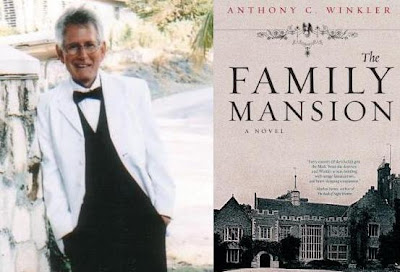 LINE BY LINE: Winkler awakens pieces of the past in his newest work.

Why has Jamaica, such a tiny island, made such a huge creative and cultural impact on so much of the globe? "The answer is a hybrid vigour: the spurt of energy that appears when wildly different populations are intermixed," opines Anthony Winkler in an interview with Delhi Noir to help promote his latest book.

The Family Mansion is a work of historical fiction set in 19th-century colonial Jamaica and has been hailed by Library Journal as "a powerful and deeply moving tour-de-force," which continues the prolific writer's exploration of colonized Jamaica which he started in God Carlos.

When it comes to 19th-century Jamaica versus 16th-century Jamaica, the differences are slight, according to Winkler. "In the 16th century, the mortality rate for new immigrants was unimaginable. Yellow fever was a scourge of unknown cause. By the late 18th century, Jamaica was beginning to make its mark as the most profitable plantation island in the world," he explains. "But it had acquired a reputation as being a graveyard for newcomers. I think if given the choice, I'd choose 16th-century Jamaica."

The Family Mansion is out this month from Akashic Books.

Posted by TALLAWAH Magazine (tallawahmagazine@gmail.com) at 10:09 am