ON THE RECORD: With her self-titled new album, Lenya Wilks takes her music to another level 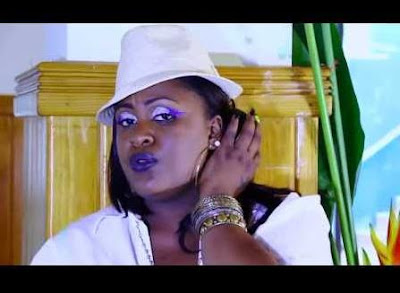 HEAD STRONG: "It's a real fusion, and I hope people enjoy it."

We've been huge admirers of songbird Lenya Wilks ever since she sashayed her way to instant stardom on Digicel Rising Stars some six seasons ago, finishing as one of the runners-up to eventual champ Romain Virgo.

Virgo has gone on to accomplish wonders as a singer-songwriter, and Wilks herself is determined to achieve that sort of climb-your-way-to-the-top level of success, starting with the recent release of her debut solo album, a buzzworthy self-titled effort which should remind listeners of her mega-sized knack for hitting golden notes.

As she gets set to hit the road (locally and overseas) on a promotional blitz, she talks to TALLAWAH about putting in the hard work, growing up fast, and her big birthday on the horizon.

TALLAWAH: Lenya, how does it feel to finally have a solo album to your name?
Wilks: I'm happy and feeling extremely proud. This is something that I've been working towards for the last five years, and to see it happen finally, I feel very proud of myself. It took a lot of hard work.

How much have you've grown as an artist and a young woman since appearing on Rising Stars?
A lot. But I started growing [as a musical entertainer] long before that, because ever since I started taking my music seriously, I've catered mainly to mature audiences. So I had to bring a certain level of maturity to the performances and to my life in general. There comes a point in everybody's life when you just have to grow up. (Laughs).

Indeed. You'll be marking you 23rd birthday on Friday of this week. How do you plan to celebrate?
Honestly, I have no plans. (Laughs). I guess I'll just wait until the day comes and see what happens. I'm single, so...

There's nobody in the picture? Why is a lovely young woman like you still single?
It's a choice. I just can't find anybody (Chuckles). But to be honest, right now my main focus is on my career and promoting this album.

What makes this record unique?
It's different from what most Jamaicans would expect. It's a great mixture of almost all the genres, from R&B and reggae to pop and dancehall. It's a real fusion, and I hope people enjoy it.