HERE COME THE KINGS: Morgan Heritage's Gramps Morgan on their long-awaited new project, collaborations, and how the Gargamel is keeping the faith 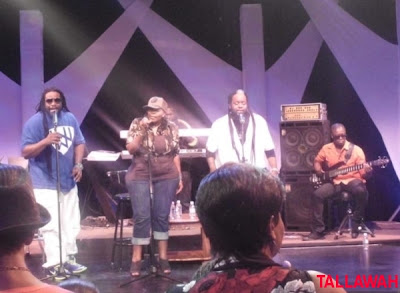 SHOWSTOPPERS: The group in a brilliant performance as they tape Layers of Soul. Below, with guests.

Reggae ambassadors Morgan Heritage take their role seriously. Not only has their artistry set precedents in Jamaican music but their consistently hypnotic blend of roots, rock and reggae continues to set them apart from contemporaries in the biz. Returning from hiatus with a brand-new disc, aptly titled Here Come The Kings, the Brooklyn-based band are presently on the island, specifically city Kingston, where on Thursday they taped the season finale of Layers of Soul at TV J, giving rousing renditions of their hits old and new.

Following the show, TALLAWAH caught up with the ever-gracious Gramps Morgan to discuss the latest on Buju Banton, the group's new album, and why taking a breaking and reuniting proved their best career move ever.

During the performance earlier, you alluded to keeping in touch with incarcerated reggae star Buju Banton. How is he these days?
He's holding strong. Of course, he's in jail. And jail is jail, but his spirit is stronger than ever. Every time I talk to him, he tells me to tell the world that he misses them, and he's looking forward to coming home. He plays his music, shares what he's learned, and has got a chance to reflect on his life.

His son, Markus, has been excelling of late as an in-demand producer.
I'm happy for [him]. We're a family. I'm like an uncle to Markus, and I think he's upholding his father's legacy and his message within the music and our culture. So we're hoping that [Buju] comes home very soon, and that the people of Jamaica do not forget his music.

Morgan Heritage has a new album, Here Come The Kings, dropping on June 11. What can fans expect?
Just another level because everyone has grown so much. Una has grown, Peeta has grown, I have grown, Mojo has grown. And as a unit we've really just gone to the next level. So you will hear that in the music, and the influence of what Morgan Heritage is returning with. 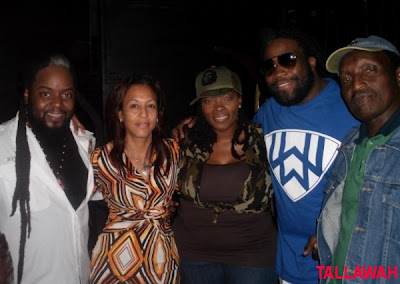 The group is known for teaming up with other incredibly talented artistes. Who are you planning on working with next?
Well, there's a collaboration on the new album with Shaggy. It's called "Love Stone," a beautiful love song. Shaggy has been a big friend of ours for many years in Brooklyn, New York. So it's a Brooklyn thing slash Jamaica. And the sky is the limit. Working with many different artistes, we plan to do a lot of work reviving certain projects that we had called Morgan Heritage Family & Friends, where we worked with people like Capleton, Beres Hammond, and Luciano. So it's going to be a whole revival, and we just want the world know that it's cool to be conscious. But it's about being aware of your culture.

Prior to recording the new album, the band went on a long hiatus. Do you believe it was a wise move for the group?
I believe it was the best thing, because I do believe that God has a work for us to continue, and if we were going at the pace that we were, going to Europe three times a year, touring the US, the Caribbean, we wouldn't have had time for our families, because we're all parents now. Now we're ready for the next phase, 2013 and 2014. Just prepare for the return of Morgan Heritage.