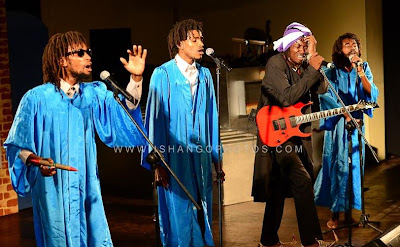 TASTE & SEE: The band members in the moment on opening night.

Launching their hip new venture, Breadfruit is the New Bread, Baby, and showing some diversity, NoMaddz drew a massive, star-packed turnout to the Theatre Place in New Kingston this past Wednesday night. Theatre aficionados and good old-fashioned culture lovers filled the house, intent on witnessing the band's debut dub-musical (especially given its fascinating title), which blends elements of drama and comedy with live music and poetry.

In addition to a host of media personalities, among those spotted showing support were the likes of Prof. Carolyn Cooper, Brian and Keneea Linton-George, Sydney Bartley, and Kim-Marie Spence.

Following its Wednesday premiere, Breadfruit runs until mid-June at the same venue, on Wednesdays to Saturdays at 8:00pm and on Sundays at 6:00pm. Be on the lookout for TALLAWAH's upcoming assessment of the production. 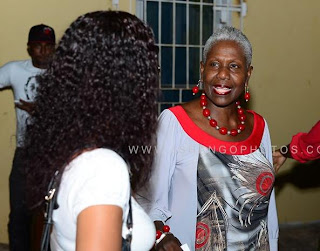 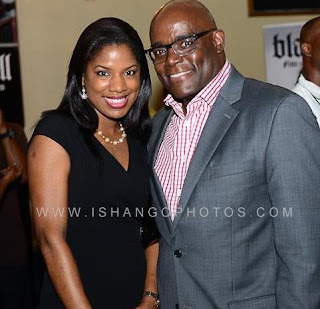 Power duo Brian and Keneea Linton-George are big fans of the band.