TOO HOT TO HANDLE: Sprint megastar Usain Bolt is the Hottest Man In the World, says BBC Radio 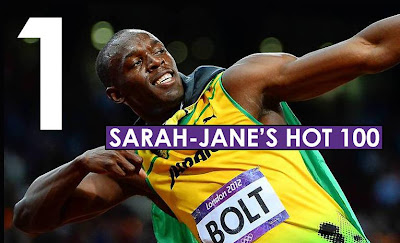 BLAZIN': The living legend adds a major new title to his cache of accolades.

It's official: The fastest man on Earth has graduated to sex-symbol status.

Bolt, who made the cut earlier this year on TALLAWAH Magazine's compilation of Jamaica's 10 Sexiest Men of 2012, was on Thursday named as the hottest man on the planet. That's according to BBC Radio's 1Extra, but more specifically their resident man-candy expert Sarah Jane Crawford, who has assembled a Hot 100 countdown featuring some of the hunkiest heartthrobs and superstars from the realms of music, movies, and sports. Bolt landed at #1. 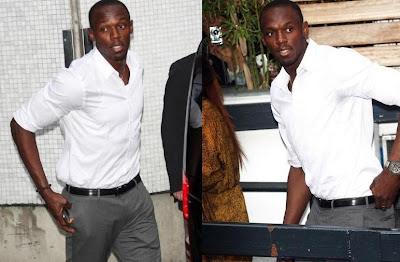 Given his history of hotness, it comes as no surprise that the sprint megastar outgunned the competition. A look at his past and present reveals why his mix of talent, charismatic appeal and old-fashioned good looks continues to resonate with women, and fans in general, across the globe.

Whether showing off a rock-solid physique on the track, playing it supercool on the nightlife/party scene, or sporting a finely tailored suit to pick up one of the awards that seem to come his way with incredible regularity, the Olympic legend never fails to leave a lasting impression. Overall, an impressive body of work we can't help but salute.

So how does the very in-shape, healthy, and happy Mr. Hot Stuff feel about copping the huge honour? "What can I say....seems like she has good taste," Bolt responded via social media. "Jamaican charm to the world."

And in case you're wondering who else made the hot list, Bolt is in great company as the Top 10 includes the likes of supermodel Tyson Beckford (#2), Hollywood actor James Franco (#4), box-office giant Will Smith (#5), and R&B star Trey Songz (#8). Visit BBC Radio to see the complete list.