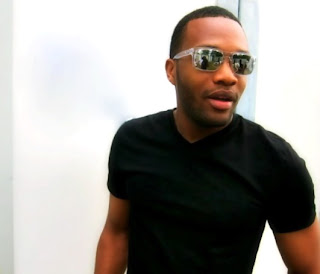 ON THE RECORD: "I am a diverse artiste who isn't boxed in to a specific genre."

Taking steps to elevate his recording career and industry profile certainly defines dancehall veteran Agent Sasco (bka Assassin), who has landed on arguably the world's most buzzed-about album so far this year: Kanye West's out-of-the-ordinary new disc, Yeezus, released on Tuesday and already the subject of critical acclaim and, of course, controversy.

Appearing on "I'm In It," a brazen track that references everything from women to wealth to religion, the deejay impressively supplies a stream of rapid-fire lyrics fuelled by his trademark gusto. It's quite an achievement for Assassin (credited as Jeffrey Ethan Campbell), who has long demonstrated a mix of lyrical deftness and staying power among the ranks of his dancehall contemporaries.

So the question remains: how did the Jamaican entertainer earn a cameo on the rap megastar's new album? "Kanye's production team was working at Geejam around October last year when they gave me a call," he reveals. "They were working on a summer project and wanted some verses from local dancehall artistes, and I was one of those they thought of." Assassin says he recorded a series of verses, which, as it turns out, found favour with the rapper. "Sometime in January they got back to me, letting me know that [he] liked the verses and that they'd be in touch to do some more work."

Making the album's final cut, Assassin says, is testament to not only his sharp and well-honed lyricism but also the diversity he brings to his craft. "I really take this as a sign of my limitlessness. It's a reinforcement that I am a diverse artiste who isn't boxed in to a specific genre or type of music," he points out. "I believe in being creative, and working with Kanye's team was one of the great opportunities where I got to show that."