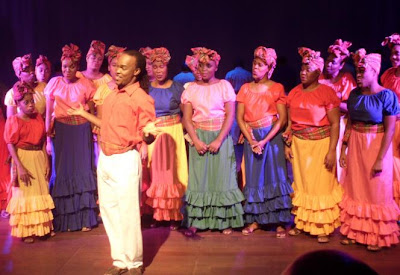 As in years past, rousing, lush and simply beautiful singing, complete with memorable and nuanced imagery, characterizes the 55th concert season of the University Singers. What's more, they remain a shining example of how a performing-arts-based entity evolves (with star quality and grace firmly intact) well into their fifth decade on the planet. And since we're talking about evolution, the choir's new-generation composers, who stepped up this year and truly raised the musical bar, must be part of the conversation.

I was particularly impressed by the standout original compositions of O'Neill Jones (the haunting, prayerful "Rescue Di Sinna Man") and O'Rane Thomas, who offers a wonderfully conceived patchwork of modern Jamaican songs saluting the resilience of the downtrodden. Of course, Franklyn Halliburton has long demonstrated remarkable skill and brio as a composer and conductor. His numerous contributions to the diverse programme, especially the glorious "Save My Soul" and the divine "Hosanna In Excelsis", are instant successes. 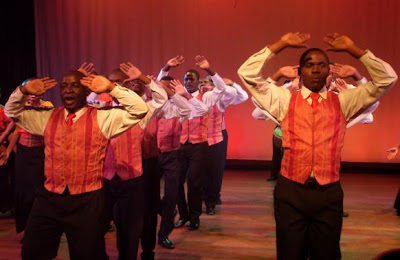 I've always felt that Noel Dexter is Jamaica's greatest living musical arranger, possessed of a sharp mind and a keen ear. And the show's second half reinforces that view, boasting the kind of witty (and humorous!) folk gems made all the more appealing by their rich Jamaicanness. The winning trifecta of "Miss Wireless", "Lotto" and "Mona Visa" (with a stellar solo by Kester Bailey) spring readily to mind.

In short, the University Singers' new season rewards the audience with a characteristically stunning and evocative evening at the theatre, steeped in hugely enjoyable classics, modern tunes and diverse Jamaican fare. For me, the blend of apt movement and gorgeous lighting makes this rich musical feast all the more delectable, meaningful and insightful, further deepening our understanding and appreciation of what we're seeing and hearing.

The season continues at Mona's Philip Sherlock Centre, through June 23.

>> Read more: Noel Dexter on life at 75, his legacy, and upcoming book