SHAPING A FUTURE: William Mahfood reveals the passionate drive and vision of his life and work 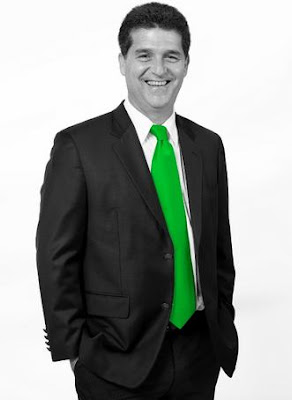 STRONG SUIT: "Jamaica has a lot of challenges, but I'm very optimistic."

CHIRP. Sounds harmless but it's actually businessman William Mahfood's fierce secret weapon and the guiding light that's leading the Wisynco brand triumphantly into its next chapter. The acronym stands for Compassion, Humility, Integrity, Respect and Passion, "the set of values that guide us as we grow as an organization," says Mahfood, who occupied the hot seat as this week's guest on Breaking Through With Beverley. Below, excerpts from their conversation:

On Wisynco's vast and continued success: "It has been an amazing journey. I've enjoyed it immensely, being a part of this team. We won the Governor General's Award for Manufacturer of the Year, and I spoke briefly at the ceremony, and I praised every member who has played a role to get us to this point.... The value that's most important in our organization is humility because with humility you can learn, you can teach, you can get respect from people. For me, that was the single most important value that I learned from my grandmother."

On being a stickler for expansion and development: "One of the things I've learned from over the years is that if you focus on what you're good at and do the very best at it, you can by far become the biggest at it.... I am very driven and optimistic about the business and about the future for the business and our team, so I continually demand more and seek improvement. I am just one of those people always seeking more."

On his long-running involvement with the Calabash Literary Festival: "I've had a very close relationship with Jason and Justine, and I realized from the beginning what sort of a tremendous initiative [the festival] would be. After my first year down [in Treasure Beach] with my family, we loved it. It's engaging, and I think it's probably one of the biggest literary festivals in the world. And when you think that on the south coast of Jamaica, we could have such an immediate impact on the literary world, it really speaks volumes of what Jamaica can potentially do."

On what else is possible for Jamaica: "Jamaica has a lot of challenges, but I'm very optimistic. I think we need to create an environment where investment is welcome. We need to ensure that the sort of red tape and bureaucracy that exists can be removed. We need to have some sort of stability in terms of our economy. The economy needs to generate growth. The more closed the economy is the more difficult it's going to be for small and medium-sized businesses."

Posted by TALLAWAH Magazine (tallawahmagazine@gmail.com) at 2:08 am