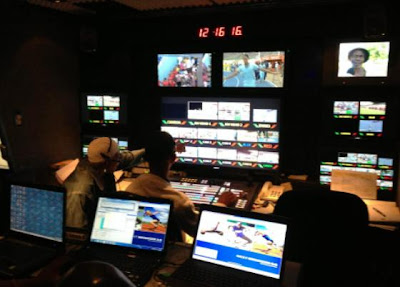 SCREEN TEST: Crew members on the job at a recent event.

With the National Senior Athletics Trials on the horizon, Phase 3 Productions has teamed up with the Jamaica Athletics Administrative Association (JAAA) to stream the five-day spectacle to Jamaicans at home and elsewhere in the Diaspora in live and vivid colour. Truly something to look forward to. And, to say the least, it's a game-changing move in a supercompetitive sports viewership slash TV-content distribution market that readily favours the new and the next.

Now in its third decade, Phase 3, a fully staffed, Jamaican-owned multimedia/television production entity, must be applauded for its dedication in creating content at a quality level that lives up to international standards -- most recently with the National Boys & Girls Champs and the Reggae Boyz-versus-Mexico World Cup qualifier, for which they partnered with Telemundo and other giants to beam the match to an estimated global audience of 200 million.

Coinciding with their latest coup, the company has acquired a spanking new set of high-def cameras, as well as a high-def broadcast truck (which fetches close to US$2 million), the only one of its kind in the English-speaking Caribbean. 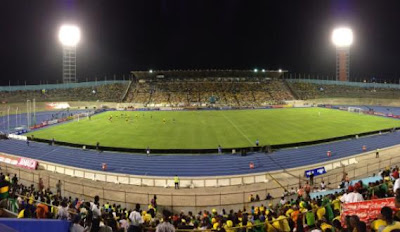 "Live sport is a big thing in the international sphere," executive chairman Dr. Marcia Forbes tells TALLAWAH. "And we believe in Jamaica, so we put our money where our mouth is. We might win big, we might lose big, but we feel satisfied knowing that we've made that step.

As the highly anticipated senior championships, set for June 20-24 (log on to trackandfieldja.com) draws closer, one can't help but feel an excited sense of expectation for what Phase 3 will deliver to anxious customers -- and where they're heading next.

Posted by TALLAWAH Magazine (tallawahmagazine@gmail.com) at 4:21 am