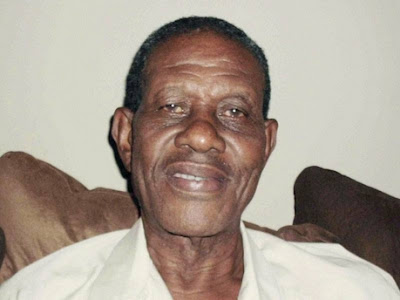 ON REFLECTION: The theatre legend paved the way for many who followed in his footsteps.

The local theatre community lost a dedicated and long-serving stalwart with the death of Ralph Holness, a pioneer of what would be loosely labelled as "roots theatre." As for the bigger picture, he ranked among the most popular and fearless theatre practioners in Jamaican history. Holness, who had been hailing for some time, passed away in Westmoreland on Saturday. At the time of his death, he was believed to be in his mid-60s.

In his heyday, Holness produced funny Jamaican plays, notably the Unda Mi Nose series and the original Scandal, that people didn't just watched; they devoured, flocking to venues islandwide whenever a production of his was in town.

Theatre was clearly a passion of Holness' and he dedicated much of his life to it, paving the way for many 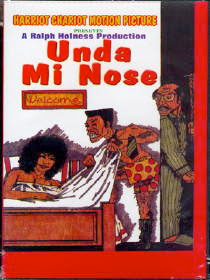 who would follow in his footsteps, namely Paul Beale, Luke Ellington and Everton Dawkins, to name a few. "As far as theatre is concerned, he had the most profound impact," says Beale. "When it came to promotion of the shows, he was a massive person. So many actors and characters came from under his umbrella. He had a real multiplier effect."

By all accounts, Holness' presence in Jamaican culture will be deeply missed, but his contribution, say folks like JADA president Scarlett Beharie, has left an indelible mark. "I didn't personally know Ralph, but I do know that he played a major role in establishing Jamaican theatre commercially," she notes. "He helped to take theatre to the masses."

Actress Andrea 'Delcita' Wright also sings his praises. "I'm happy for that foundation that he laid and in helping to bring roots theatre to the masses," Wright offers. "I really admire what he did. He definitely controlled the Ward Theatre at one point. That's the kind of impact he had."