THE BOYS OF SUMMER: These reggae/dancehall and hip-hop acts aim to keep it hot this season with their new releases 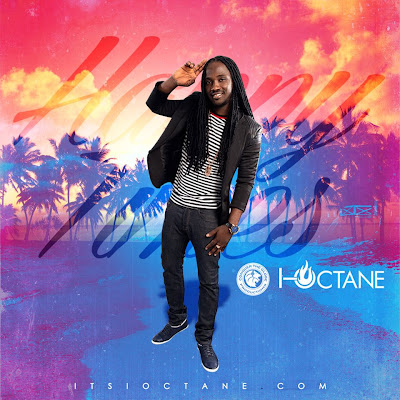 IN THE GROOVE: The cover of the deejay's new 10-track mixtape, out now.

Still riding high off his latest slew of infectious singles, dancehall megastar Sean Paul is making no bones about ratcheting up the anticipation for his new album (still awaiting that title), which is reportedly packing sizzling tracks sure to have fans buzzing on the dancefloor well into end-of-year. We're still humming his hypnotic "Other Side of Love" and urban-influenced "Entertainment".

These days, crooner Courtney John is getting his mojo back, armed with a riveting new vibe he's dubbed the Rootstronic sound that certainly characterizes his recently debuted album, Future, and his latest stage performances, delivering his ubiquitous social commentary and message of hope and uplift.

And speaking of reggae's finest, I-Octane has just dropped an eclectic new mixtape, Happy Times, featuring fresh tracks and the numerous dancehall hits that have been in constant rotation all year long, and have, indeed, been bringing out his more mature deejaying skills.

Adding some diversity to our jukebox, Jay-Z (Magna Carta Holy Grail) and Kanye West (Yeezus), competitive to the core, both have radically stellar new projects jostling for the top spot on the rap charts. West, a new dad, delivers his familiar mix of bravado and cunning on standout tracks like "New Slaves", with only few collaborations. Jay, meantime, has assembled a starry cast for his hip-hop-infused bash, with cameos by Beyoncé, Justin Timberlake and Frank Ocean.

These rap icons have consistently made confident and substantive choices of the subjects (loyalty, wealth, religion, sex) that they choose to tackle in their music. And rest assured their latest are just as fascinating and richly orchestrated as their previous work.