5 REVELATIONS FROM: Ladies of the Night singer-actress Keisha Patterson 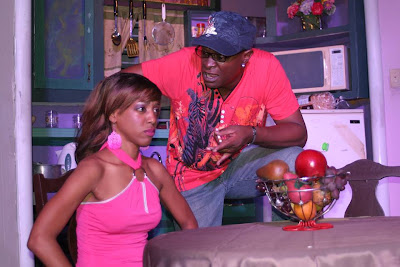 Patterson stars alongside an all-star cast in the Patrick Brown comedy-drama Ladies of the Night, playing a hooker laden with spark and sass. We checked in with her about the sport of her childhood, her must-have for airplane comfort, and the role that moved her to tears.

Memorable Concert
That would have to be singing with Sinead O'Connor on her "Throw Down Your Arms" tour, alongside Sly & Robbie in 2005. We did shows in the US, Canada, Europe... And I also got to perform with her on the Jay Leno and David Letterman Shows.

Made Her Cry
The first emotional (acting) role I did was in Once on this Island at Centrestage in 2000. It was very emotional. I didn't win but I got nominated for Best Supporting Actress.

Sport of Choice
Definitely badminton. I grew up playing at home and while I was a student at Stella Maris Prep. We didn't play outside of school, but we had a lot of fun.

Travel Essential
My sleep mask. I can't live without it, generally. But I got to have it whenever I'm travelling.

Pre-show Routine
For sure, I do a lot of warming up physically and vocally. That's the way to keep in tip-top shape, especially when you really want to put on a show.