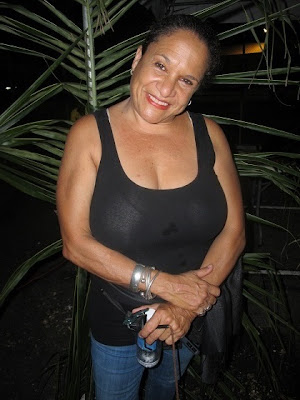 NOTE WORTHY: "My songs are not for a year; they’re timeless."

“It is interesting,” singer Suzanne Couch says of being 52 with startling matter-of-fact candour. ‘I’m thinking differently and not just musically but when it comes to my life in general.”

She’s had quite a life. The popular songbird, widely known for her fusion of reggae and pop and big-band sound has three albums already under her belt, the most popular of these being 2000’s Lifeline. Up next in the queue is a collection of covers from the Desmond Dekker songbook. Couch stresses that it’s a mix of his most popular tunes like “Fumanchu” more obscure cuts that she interprets wit her own lilting flair. “His catalogue is so impressive,” she offers. “He was an amazing songwriter… I had so much fun doing “Fumanchu” that I ended up doing an entire album. It’s my tribute to the great Desmond Dekker, and I can’t wait for the fans to hear it.”

What’s the delay? Couch says she’s holding out for the right collaborators to get involved with the project, “I want somebody to put it out on double vinyl.”

In the spirit of thinking and doing things differently, for her next major move Couch is planning on blending her twin passions for food and music into a thrilling new enterprise. It’s still in the foetal stages though. “Food is huge right now,” she tells me. “I’ve always done food, and I’ve always done music, but I didn’t think ever that the two could meet. I think that will draw even more people to my music.” In these harsh economic times, she admits, recording artists intent on maintaining their craft have to start getting even more creative in their approach to their art. “The music biz is tough, and I’m not mainstream,” she concedes, laughing.

Couch also tells me that her 27-year-old daughter now resides in the US. In the meantime, she’s also thinking of staging a series of live alternative music shows at Hope Gardens in the very near future. “My songs are not for a year; they’re timeless. So I’m looking forward to what’s next. A lot is happening.”