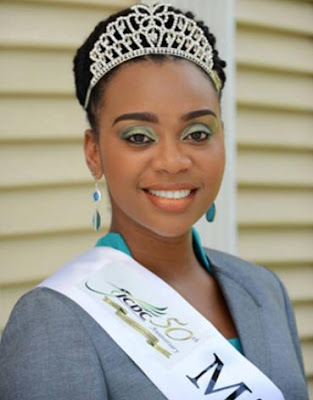 At the height of the Emancipendence weekend, the 2013 Miss Jamaica Festival Queen coronation show took place on Saturday night at the Ranny Williams Entertainment Centre, and the show was surprisingly high in entertainment value, with performances by the likes of Gem Myers, Harold Davis and Maria Myrie, and the contestants themselves, who individually showed off their unique gifts -- from the dramatic to the musical.

In the end, though, the night's award for Best Talent Performance belonged to St. Mary's Nordia Antoine, who won over judges and patrons alike with her funny, lively satirical song-and-dance number "Wage Freeze." The title speaks volumes.

As for the bigger news, the coveted crown was snapped up by 22-year-old Manchester rep Krystal Tomlinson, who emerged early on as a bonafide favourite before going on to solidify her position by sweeping three of the five sectional prizes. Below, a quick overview: