ON THE MOVE: Jimmy Cliff set to embark on multi-city US tour, launches video-directing contest 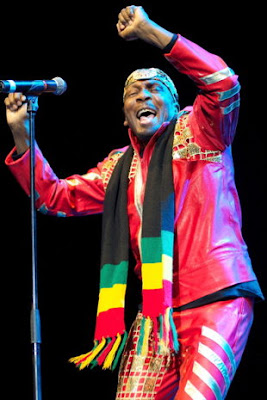 SOUL FIRE: The reggae icon has a supremely busy month ahead.

“With my recent Grammy win and the 40th anniversary of The Harder They Come, I want to give fans something different, a rare and intimate look at Jimmy Cliff. Through the years, I've been blessed with memorable experiences that accompany the songs I've created and I am excited to share these stories.” So says Jimmy Cliff announcing his upcoming Many Rivers Crossed Tour, which will visit several US cities in September, in intimate theatre and club settings.

In addition to the tour and the September 5 re-release of The Harder They Come, Cliff and Talenthouse have joined forces to create a video contest for up-and-coming directors. Directors are being asked to download green-screen footage of Cliff performing his song, "Reggae Music," and devise their own version of the video. The winning director will be rewarded with a five-day, all expenses paid trip to Jamaica, courtesy of the Jamaica Tourist Board (JTB).