RELATIVE VALUES: Promoting reggae and raising a family are paramount for Edge Michael, a nephew of Peter Tosh 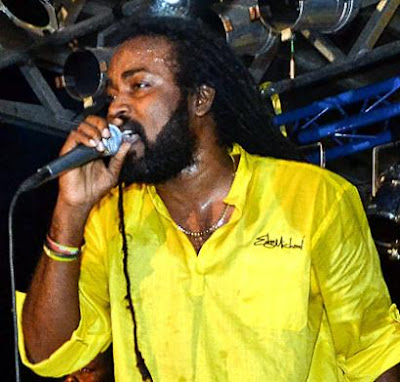 SOUL SURVIVOR:  "I must carry on the legacy," says the seasoned reggae-rock vet.

Edge Michael needs no easy pass because he's a nephew of late reggae stalwart Peter Tosh. In fact, the 34-year-old "roots-rock-reggae" singer-songwriter is so staunchly intent on forging a musical path entirely his own that, for him, it's best if his lineage wasn't regarded as the most interesting thing about him. So far, it would appear, he's experiencing little trouble where that is concerned.

"Personally, I don't feel pressured to live up to any expectations," he tells TALLAWAH on the closing night of the recent Reggae Film Festival in Ocho Rios, where his latest music video was among clips vying for awards. "And, as a matter of fact, there are few people in the world, and in the industry, who know that I am Peter Tosh's nephew."

His iconic reggae bloodline aside, the US-based recording artiste (ne Oral Durloo), who is of African and Indian descent, believes he possesses the requisite blend of songwriting talent, drive and a competent marketing team to emerge as a compelling voice in reggae. He describes his passion for making music as an uncontrollable urge. "I'm always working on new music because I really enjoy it," says the singer, whose debut record dropped in 1994.

Since then, he's released seven albums, and there are more on the way. Up next is Free the World, due out in mid-November. "I just finished the album, now mastering it, and in the process of finishing up the artwork," he reports, adding that his team is strategically releasing the record to woo Grammy voters for consideration for the 2015 awards.

With his unassuming demeanour and slightly stocky build, Edge Michael also seems to find fulfilment in family. I ask if he has any kids of his own. "Definitely. I'm human. I'll leave it at that," he responds, clearly amused. "I must carry on the legacy."