BACK A YAAD: Struggle and survival lie at the heart of gritty urban flick Home Again 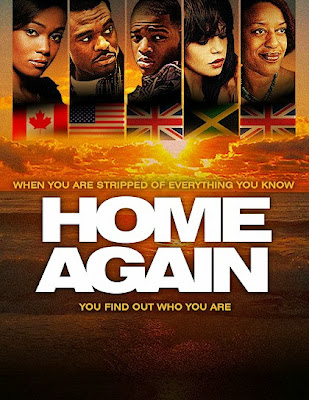 LIFE STORIES: A revealing film with biting scenery and a compelling message.

Home Again, which arrived in local cinemas last week, is a tough-minded look at the plight of deportees struggling to get back on their feet on their return to Jamaica and the savage realities they encounter in the urban jungle of Kingston.

Tatyana Ali (of Fresh Prince of Bel-Air fame) is convincing as Marva, a deported young mother desperate to find her way back to her children in the States. Campbell portrays the monstrous patriarch in whose house she takes refuge only to flee when his sexual advances become overbearing.

Lyriq Bent (the Saw movies), as Dunston, is the stand-up guy she turns to in her hour of need, but he already has his hands full dealing with a ruthless area don (chillingly portrayed by Wilson). Stephan James, meantime, is the sweet guys with a taste for hip-hop and cute girls, who sadly loses his way. Rounding out the cast: singer Fefe Dobson (in her spiky element) and CCH Pounder, who brings maternal concern to the cast.

In spite of its flaws (the film was actually shot in Trinidad) and moments that seem to revel in the gory violence and despicable circumstances it seeks to condemn, Home Again earns kudos for its frank depiction of the hard knocks and poor life choices human beings (not just Jamaicans and Blacks, mind you) arr prone to. At the same time, it's an important film that compellingly reminds us that every cloud has a silver lining. Tyrone's Verdict: B

Posted by TALLAWAH Magazine (tallawahmagazine@gmail.com) at 11:30 am