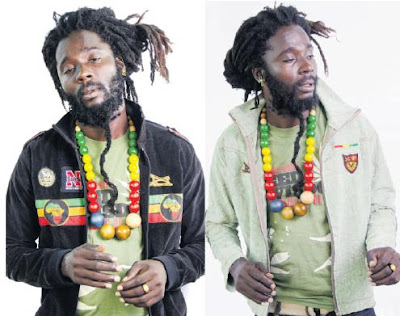 RASTA GOT SOUL: The rising star talks about his chart-topping smash and what's next.

Every so often a reggae song comes along that works its way into the cultural psyche, buoyed by its supercatchy refrain and melodiously hypnotic vibe. These days that honour falls to relative newcomer Jah Bouks, a product of the Magnum Kings & Queens talent competition, whose rootsy breakout smash “Call Angola” seems poised to do for him what “She’s Royal” did for Tarrus Riley.

“The words were just blowing in the wind, and I couldn’t afford to lose the opportunity to make a song with those lyrics,” says the chart-topping crooner of finding the right inspiration. His mom/manager Diane Panton co-produced the single, which Jah Bouks admits, was actually penned some seven years ago.

Clearly, Magnum Kings & Queen was the platform he’d been waiting for to secure that much-needed break. “It’s been received so well. It’s a great feeling. It’s given me a strength and I feel irie about,” offers the artiste, born Worin Gerol Shaw. “[Magnum Kings & Queens] gave people the image behind the voice.”

Ever since he turned 12, music has been the most appealing career path for Jah Bouks, who hails originally from Winchester in St. Thomas and attended St. Thomas Technical. Now 37 and seriously determined to sidestep the one-hit-wonder jinx, the artist is focused on crafting more hits for his upcoming debut album and, in the meantime, is busy promoting his Angola Project, which has been attracting a host of followers, particularly “cool and conscious” young men and women.

As for his future in the biz, Jah Bouks is certain of what he does and doesn’t want. “I want to bring a lot of positivity to the industry and do things differently,” he explains. “My mission is to use music to uplift and move this thing forward as a unit to the next level.”