HOT-BUTTON ISSUE: With a Chinese proposal for development on the table, the future of Goat Islands stirs debate 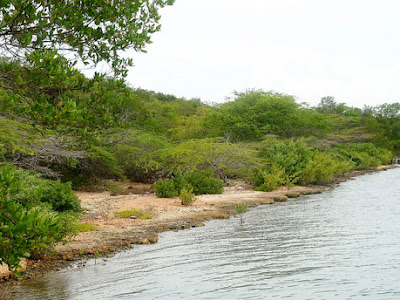 ON THE COAST: A section of the area being eyed for development. Below, Espeut.

The clamour over the recent announcement in China by Jamaica's environment minister Robert Pickersgill that the Jamaican government is seriously considering the Chinese request to construct a logistics hub, port facility and industrial park on the Goat Islands in the Portland Bight Protected Area (PBPA) is a clear sign that our environmental activists, NGOs, and indeed members of the wider public are doing their jobs of watching over the country's geographical areas (and indigenous fauna and flora) in need of protection.

Located less than a mile off the coast of Jamaica, southwest of the Hellshire Hills, the area is part of the parish of Saint Catherine. Along with Little Goat Island located northwest of it, these two cays make up the Goat Islands. Per Wikipedia, These cays were previously home to the Jamaican Iguana until the 1940s, when the population was thought to have become extinct, mainly due to predation by introduced small Indian mongooses and habitat alteration by feral goats.

"The trouble is that we don't know what the [Chinese] plan is, and so it is hard for a thinking person to support it without knowing more," says columnist and outspoken activist Peter Espeut. "But we know enough to be very concerned and even disturbed."

Addressing the issue via a statement issued last week, industry minister Anthony Hylton made it clear that Cabinet has made no final decision with regard to the Chinese proposal.

Sharp-tongued St. Catherine MP Everald Warmington is in favour of the proposal, as he believes Goat Island serves no significant purpose at the moment. "There are no indigenous species on Goat Island," he notes. "The dogs and cats have made use of the conies and iguanas that used to be there. It is bare land, rock stone and trees."

Even so, Espeut and other like-minded Jamaicans insist that should the government give the green light to such a project, the long-term repercussions could be nothing short of devastating. "Destroying the Goat Islands in their present form is bad enough," Espeut observes. "Creating a port [will lead to] massive destruction, fundamentally changing the bathymetry of the Bight -- and the livelihood of the thousands who depend upon it."

Posted by TALLAWAH Magazine (tallawahmagazine@gmail.com) at 9:16 am