A DANCER'S LIFE: Fierce talent Steven Cornwall is not afraid to show his motion 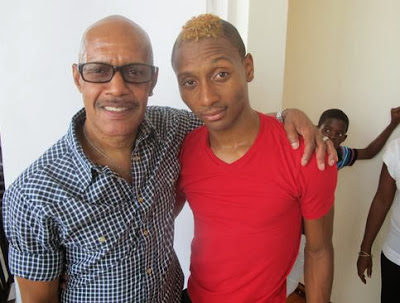 MENTOR AND MUSE: Cornwall (right) and Wilson at the Bank of Jamaica in August.

From turning in impressive performances in the dance corps to giving a star-making stint in Tony Wilson's Rose Hall as the seduced accountant Robert -- and a life-changing internship with the acclaimed Alvin Ailey Dance Company this past summer -- the talented Steven Cornwall's refined features, polished air and innate gift for the performing arts keep him firmly anchored in the present and seriously poised for a bright future. TALLAWAH caught up with the Company Dance Theatre's leading man to talk about lessons learned, role play, and how he fills his time away from the spotlight.

ON A ROLE: Getting to disappear into the pivotal part of Robert, the dashing bookkeeper in the company's Rose Hall, remains a fulfilling experience for the 25-year-old rising star. "This was actually my second time doing [the role], and this time around I felt that I understood it much better. So I got more into the character and how to relate to the others in the show as well. I think I did well."

HIS ALVIN AILEY CONNECTION: "I did the very intensive summer programme [in New York] this year, and it was really, really good. Five weeks of hard, hard training. I definitely want to join the Alvin Ailey company one day; I love the idea of being in a professional and successful group of that standard. Maybe I can make some money (Laughs). 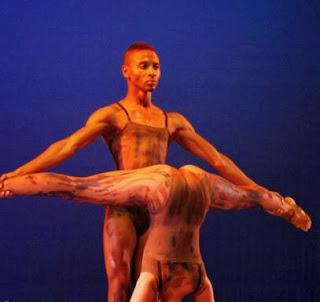 LEARNING CURVE: "Dancing has taught me so much over the years, but going to Alvin Ailey really opened my eyes and reminded me to just be humble. Don't think you're the best because there is always someone out there who can do more turns than you. So I plan to just stay grounded and aim for the best."

ART AND LIFE: "I don't think I have a life outside of dance (Laughs). I'm a homeboy mostly. Apart from performing I teach at the Dance Centre, and I'm also a trainer at Gymkhana. So I'm always dancing. I dance 24/7. I've been doing this all my life and I don't regret one single day."