ALL IN THE FAMILY: If Walls Could Talk drolly speaks to ideas of marriage and modern maternity 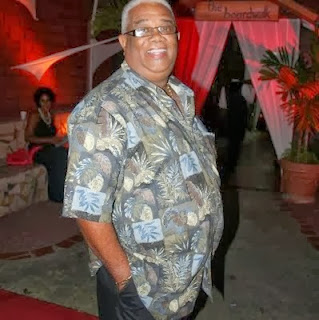 IT HAD TO BE HIM: Johnson plays a husband grappling with a frustrated wife and a scheming temptress; Silvera and Tulloch (pictured below).

No doubt inspired by countless real-life family sagas, If Walls Could Talk (recently in revival at Kingston's Green Gables Theatre and a notable improvement on the 2011 original) isn't just a solidly penned, well paced dramedy, it's surely one of the most rib-tickling domestic sagas ever written about a Jamaican couple that can't conceive.

Volier Johnson and Deon Silvera star as Melvin and Jennifer Bailey, a crazy-in-love middle-aged pair who are on the cusp of celebrating their eleventh anniversary. They seem to be having a swell time until flirty seductress Megan (Dainty Bellanfantie) enters the picture with her traffic-stopping physique and disarming smile, never failing to remind John that she's his company's key investor so he'd better put out.

The plot thickens when Jennifer, desperate to effectively "compete" -- and starting to feel her maternal instincts urgently kick in -- hatches a plan to have their devoted, livewire housekeeper (Rosie Murray, reprising her award-nominated role) go to bed with her husband to get knocked up as their surrogate. 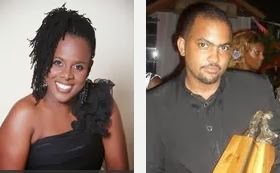 Although writer-director David Tulloch's script is pretty much run-of-the-mill (save for a couple surprises here and there), it's execution under the lights is anything but, vividly showing us the characters' motives, memories, memories and regrets and, in something out of a dreamscape, featuring a cameo appearance by Keith 'Shebada' Ramsey as the talking wall, but moreso Mel's guilt-ridden conscience.

What chiefly holds the show together is the performance by Silvera, who effortlessly embodies Jennifer's blend of driven career-woman and damsel-on-the-edge-of-a-nervous-breakdown, realized with touches of serious-sweet and charismatic hubris. The veteran actress makes us identify with a frustrated individual (a faithful wife and hopeful mom-to-be) whose belated realization is that, in the end, no man (or woman, for that matter) can truly go it alone. Tyrone's Verdict: B+