LIVING LEGACY: A new book captures and chronicles the unfolding history of the People's National Party 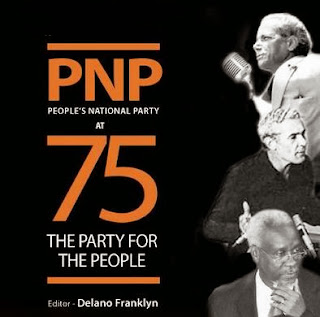 CHAPTERS OF THEIR STORY: "The party is one of the most critical institutions in Jamaica and the region," offers Franklyn, photographed inside his Kingston office (below).

"This is the People's National Party that I know; it's a party of ideas that's predicated on organization, and it will be around whether we are here or not." So says attorney-at-law and veteran author Delano Franklyn, as he launched his latest publication, PNP at 75: The Party of the People, at the Mona Visitor's Lodge and Conference Centre on Tuesday evening.

The new book, Franklyn's follow-up to July's Michael Manley: Putting People First, in chronicling the party's evolution over the course of the past seven decades, offers enlightening analysis of the PNP's treatment of its political and governance history and offers probing insight into its continued relevance as "a force for positive social change," even as it draws attention to some of the work that must be done as they move into their next chapter.

As he tells it, Franklyn felt compelled to put out the book (enlisting collaborators like Dr. Omar Davies and Senator Floyd Morris), simply because there was a genuine need for it. "There are books about personalities related to the party, but there was no where a person could get analysis and perspectives on the party and its 75 years." 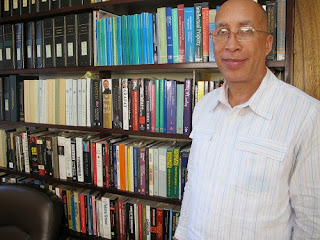 Davies agrees. "[PNP at 75] represents a chapter in the unfolding history of the PNP and its leadership. I hope that those who buy the book or have access to it, read it in a reflective and critical manner," says the transport and works minister, who delivered the keynote address at Tuesday's launch. "Hopefully this book represents a start in fixing the gaping deficiency in literary output and consumption in Jamaica."

In short, Franklyn says, the People's National Party has come a long way with farther still to go. "The [PNP] is one of the most critical institutions in Jamaica and the region, and so I feel compelled to write about it because, as Rex Nettleford said, no matter how fast you're driving, at times your rear-view mirror becomes important."