PHOTO FINISH: With December's bounty on the way, the Actor Boy/Thespy race heats up 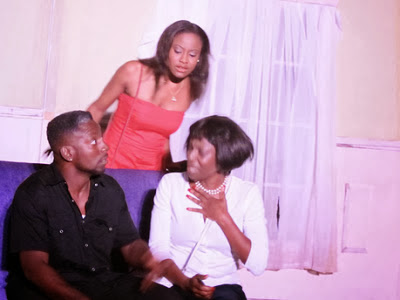 MAKING A SCENE: Cast members in Clue; Below, Harris and Suzette Barrett in Thicker Than Water.

After entering the awards race as early favourites, the likes of Dahlia Harris, Shawna-Kae Burns, Lisa Williams and Orrin Scott-Stewart had better watch out, as a slew of equally strong acting candidates have emerged over the course of the past couple of months, fiercely setting their sights on the gold. Hot tickets like Clue, Jonkanoo Jamboree and Toy Boy have yielded some of Thespy and Actor Boy's most promising 2013-14 contenders. Ahead of December's crop, critic Tyrone S. Reid sizes up the competition.

WOMEN ON TOP: Among the Best Actress hopefuls, Harris (Thicker Than Water) and Williams (Taboo) and the School of Drama's Neekah Whyte (Blood Wedding) have made room for Maylynne Lowe (sensational in Toy Boy); perennial contender Camille Davis (who made a splashy comeback in Ladies of the Night) and the year's biggest breakout, Julene Robinson, who commanded the stage in Jonkanoo Jamboree.

LEADING MEN: It seems an army is gathering to steal Scott-Stewart's Paternal Instinct thunder, namely Chris McFarlane, who gave his most captivating turn in years as Wrap Up in Toy Boy; McFarlane's long-time pal Jerry Benzwick, who did fantastic work in Clue and, quite similarly, Keiran King, who delivered a scene-stealing stint in Taboo; Glen Campbell in Ladies of the Night; and David Tulloch, who made a memorable return to the boards (after years of hiding behind scripts and the director's chair) as Orrin's Paternal Instinct alternate. 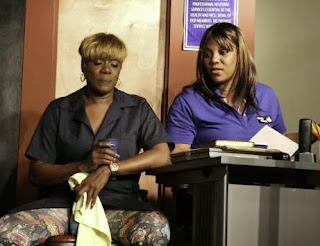 A SHOW OF SUPPORT: Holding it down for the auxiliary actors, meantime, are such potential candidates as Rodney Campbell (Taboo), David Mair (Clue) and fast-rising thespian Bryan Johnson, who truly rose to the occasion in Jonkanoo Jamboree. On the women's side, I'm loving Keisha Patterson in Paternal Instinct, the ever-compelling Nadean Rawlins (Jonkanoo Jamboree), Makeda Solomon in Clue and surefire contender Burns (Thicker Than Water).

GETTING TECHNICAL: I usually like to reveal samples of my picks for the season's best directors at the eleventh hour, but this year I'll make an exception and bestow early kudos on Rayon McLean for his amazing work on Internet Affair; Michael Holgate for the manic, rhythmic passion he brought to Jonkanoo Jamboree; Toni-Kaye Dawkins, who gave Toy Boy a fresh coat of paint and a sparkling new set of wheels; and Eugene Williams, who brought his signature mix of sophistication and dramatic flair to Taboo, the year's most provocative delight.